Queer women manage to survive in Chechnya and other anti-LGBTQ+ societies of the North Caucasus region. A new study examines how they accomplish that daunting task.

The study, described in the report “Survival strategies of homosexual and bisexual women and transgender persons in the North Caucasus,” found that the dangerous situation that lesbians, bisexual women, and trans people face remains invisible. The report states:

“The main question of our study is how non-heterosexual women living in conditions of strict patriarchy, homophobia, biphobia, transphobia, xenophobia, a supported system of oppression of women through physical, sexualised, psychological violence and with extremely limited opportunities, are able to change and transform their life conditions in accordance with their values?”

The voluntary respondents were 35 lesbian/bisexual women, 1 transgender woman and 1 transgender man. For their protection, their names were not used and other information that might allow them to be identified was excluded.

The interviews revealed that before 2016, lesbians could find relatively stable and safe places to meet and hang out, but around 2016 “information about the persecution, violent treatment and blackmailing of LGBT+ persons started circulating. These facts and the rumours force the community to change their dating and safety strategies. Lesbian and bisexual women have had increasingly limited opportunities to meet in apartments, go to bars and travel outside the Chechen Republic.”

The study comes in the wake of international attention focusing on the news in early 2017 that Chechen authorities were rounding up and even killing people suspected of being gay.

In her interview for the study, a woman in Chechyna recalled:

“In 2017, people I knew began to disappear. Gay men were being taken to the basements. … Whoever tried to gather – they were caught and followed. Boys and girls. We stopped getting together in apartments.”

Another interviewee in Chechnya stated:

“In 2014-2015, the threat began to grow and we all felt it. People started disappearing in late 2015 and early 2016. What happened to a female friend of mine was that her husband printed out her correspondence. He suspected she was dating women.”

Starting around 2017, Internet access “made it possible, firstly, to communicate anonymously, and secondly, to communicate at a convenient time while at home. That is where two lives appeared: a real one, which should correspond to the general rules and requirements, and a virtual one, where one could carefully, but rather freely be a part of the community, meet people and exchange information.”

The study found that queer women’s current coping tactics include:

Imitation of the behavior of heterosexual and cisgender women. Complete concealment of personal relationships. Marriage to a heterosexual man, possibly by the decision of one’s relatives, the birth of a child. That’s not easy, as two women explained: “Don’t let it show, behave when you are outside. I keep forgetting and we hold hands. But I need to control myself.” After “everyone … started suspecting that I liked girls. I started wearing makeup, wearing my hair long, wearing skirts. I got a boyfriend. We dated for 3 years. It was a painful 3 years.”

Moving to Moscow or St. Petersburg for work or study. Few can achieve that, but for those who can, it “allows one more independence to shape their life and make independent decisions. At the same time, it is difficult for relatives to lose control of a woman, and the question of her return to Chechnya may arise at any time.”

A sham marriage with a gay man. “This is a difficult strategy to implement, as the general atmosphere of fear causes distrust of each other. On the one hand, the search for a homosexual partner for marriage is an unsafe process, and on the other hand, they are often expected to have a child in order to make it believable. And if a couple lives in the husband’s house with their relatives, they have to spend every day of their lives meeting the expectations of others.”

Living together as a couple. “This is an extremely risky strategy, which is virtually doomed to be exposed. Life for a woman outside the constant and total control of the family is possible only after she reaches a certain age, if the family is quite liberal, if she has no brothers, no father and no other coincidental barriers. Due to the high level of risk, female homosexual couples are often forced to stay as far away from members of the LGBT + community as possible; they have to make up an explanation about the nature of their relationship and constantly control their behaviour as a couple.”

People interviewed in the study were located in Dagestan, Ingushetia, the Kabardino-Balkarian Republic, North Ossetia, Alania and the Chechen Republic.

The aim of the report is to bring “a deep understanding of the problem and respect for women’s experiences” to unite efforts to support queer women and trans people in the region.

The report was published by the Queer Women of the North Caucasus Support Group Initiative” (QWNC). 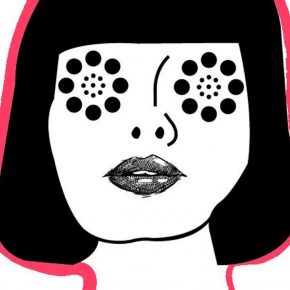