LGBT refugees who were spared Chechnya’s anti-LGBT crackdown have found that they’re not even safe in the West.

LGBT Refugees Find that Safety in West is Far from Absolute

I recently met two Chechen gay men living as refugees in Western Europe in a bustling café. Both were in their early twenties, both looked around nervously. After we shared some pleasantries, Bula and Zelim cut to the chase.

“We were abducted, tortured in Grozny. The police extorted us for money because we are gay. They threatened to disclose our sexual orientation to our families. We paid them a lot to avoid that,” Bula and Zelim said. They had fled Grozny before this year’s purge against gay men. Bula, handed me his cell phone, showing me a picture of himself with a broken nose and a black eye.  “This happened in Moscow where I was hiding after I fled from Grozny. I was attacked by two Chechens who came to look for me. After that I escaped to Western Europe in 2016.”

Even then, the threats continued.  “A few days ago,” Bula said, “the police came to my parent’s house in Chechnya. They demanded that I come back. If not, they said they would return to take revenge and arrest my father. Arrest means torture or worse.”

I tried to grasp at something positive. “This is really terrible for your mother, but fortunately you are safe here.”

“We received text messages from people we met only once or twice in Grozny. They say they want to meet with us here in this country or elsewhere in Western Europe. But we suspect they want to trick us and abduct us to Chechnya.” Bula wiped the sweat from his palms with a napkin.

They had fled far from home. But it seemed Chechen authorities knew where to find them.

Bula’s eyes filled with tears. “We violated the honour and reputation of our country by asking for asylum based on our sexual orientation and now they want to punish us. If not the government, then our families are expected to kill us. This happened to some of our friends.”

We were quiet for some time, letting these words sink in. Then Zelim said: “I miss my mother.”

Canada, France, Germany, and the Netherlands all accepted gay refugees from Chechnya after pressure from human rights organizations. It’s a small success, but safety is relative. Although Bula and Zelim have escaped immediate danger, their problems are far from over. 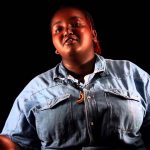