Gay sex is no longer as widely criminalized as it used to be, but a total of 69 nations still have laws against it.  St. Kitts and Nevis and Antigua & Barbuda in the Caribbean, Bhutan in the Himalayas and Gabon in central Africa are the most recent countries to have repealed their anti-gay laws.

Below you will find:

THE LIST: A tally of nations with anti-homosexuality laws.

HISTORY: Recent history of many nations repealing or overturning those laws and a few nations newly adopting them.

COMPARISON: A comparison of this site’s list with the similar list compiled by ILGA, the International Lesbian, Gay, Bisexual, Trans and Intersex Association. (Mostly the lists differ only in relatively small ways, such as whether they are limited to United Nations member nations.)

This post is a copy of the Erasing 76 Crimes page “69 countries where homosexuality is illegal”.

Here is this site’s list of 69 countries and independent political entities with anti-homosexuality laws, with links to the site’s coverage of them.

Asia, including the Middle East

In the United States, anti-sodomy laws were ruled unconstitutional by the U.S. Supreme Court in 2003, but they are still on the books in 14 states: Florida, Georgia, Kansas, Kentucky, Louisiana, Maryland, Massachusetts, Michigan, Minnesota, Mississippi, North Carolina, Oklahoma, South Carolina and Texas. Conservative state legislators refuse to repeal the laws and, in some cases, police occasionally still arrest people on the basis of them. In the recent past, more than a dozen LGBT people were arrested for violating those laws, but the arrestees were freed because prosecutors won’t seek convictions based on laws that have been ruled unconstitutional.

No country in Europe has a law against homosexuality. The last European location with such a law was Northern Cyprus (recognized as a country only by Turkey), which repealed its law in January 2014.

Also in Europe and worth mentioning but not on the list of countries with laws against homosexuality are:

In addition, in central Asia, Kyrgyzstan in October 2014 was on the verge of adopting an anti-“gay propaganda” law harsher than that in Russia. The bill seems to have stalled. But if it became law, any type of distribution of positive information on same-sex relations, not just discussions in the presence of a minor, would become a crime punishable by fines and a jail sentence. In Kazakhstan, both houses of parliament passed a bill “On Protecting Children from Information Harmful to their Health and Development,” but the Constitutional Council rejected it in May 2015, saying that the wording was too vague.

As noted above, Libya and Nigeria also have anti-“gay propaganda” laws in addition to their laws outlawing same-sex intimacy.

The latest country to end the criminalization of same-sex intimacy is the Caribbean nation of St. Kitts and Nevis, where the Eastern Caribbean High Court in August 2022 struck down laws criminalizing same-sex intercourse.

The number of nations with anti-gay laws dropped to 70 on July 5, 2022, when the Eastern Caribbean Supreme Court in Antigua and Barbuda struck down the sections of that nation’s Sexual Offences Act that criminalized same-sex intimacy..

Previously, the number of nations with anti-gay laws had dropped to 71 on Feb. 17, 2021, when Bhutan repealed its anti-sodomy law.

Similarly, on June 2019, Botswana’s High Court overturned that nation’s colonial-era laws that criminalized “carnal knowledge of any person against the order of nature.”

Overall, a strong trend is moving the world away from homophobic repression — though it’s happening slowly.

As of March 2019, when the International Lesbian, Gay, Bisexual, Trans and Intersex Association (ILGA ) published an updated report on “State-Sponsored Homophobia,” the number was down 24 percent from ILGA’s list of 92 countries in 2006. That was the year when the global rights group began documenting the laws that are used to persecute LGBT people.

Chad adopted a new anti-gay law in 2017 and Gabon did so briefly in 2020. Otherwise, recent changes have been positive — in Trinidad, where the High Court overturned the country’s anti-sodomy law in 2018; in India, where the Supreme Court overturned the nation’s 158-year-old prohibition of sex “against the order of nature,” also in 2018; in Angola, which adopted a new Penal Code without an anti-gay provision in January 2019; Botswana in June 2019; and Bhutan in February 2021.

Another recent step away from repression was the defeat of the terrorist regime known as the Islamic State, ISIS and ISIL, which operated in Syria and Iraq as a harshly anti-LGBT government. This blog had listed it as a de facto country, but now it has been removed from the blog’s list.

Other countries that recently made progress have included:

This blog’s list of nations with anti-gay laws is essentially the same as ILGA’s. As of spring 2019, the ILGA report stated correctly that “70 UN member States still criminalise consensual same-sex sexual acts between adults (68 by explicit provisions of law, 2 de facto).”

This blog’s list includes three nations not counted on the ILGA list. Two are not members of the United Nations:

In a change from its past practice, the new ILGA report included Egypt in its main list, labeled as implementing “de facto criminalization.” In this blog’s view, Egypt’s vague but harshly enforced law against “debauchery” is as much an anti-LGBT law as many other countries’ vague and often unenforced laws against “unnatural acts.”).

The blog has resisted including Russia on its list simply because Russia does not have a law against homosexual activity. That doesn’t mean that Russia isn’t homophobic, of course. It sometimes enforces its notorious law against “gay propaganda” and the Russian government has not intervened in the anti-gay crackdown in Russia’s semi-autonomous Republic of Chechnya.

Although Russia and Chechnya deny it, in 2017 Chechen police illegally arrested at least 100 men on the grounds of their suspected sexual orientation. Detained in two known illegal prisons, they were tortured, humiliated and beaten. At least three were killed. The anti-gay violence continued in 2019.

This blog’s current total of 70 countries would be 72 if the list included Russia and Lithuania, two countries that do not have laws against homosexual acts but do have repressive laws against “propaganda of homosexuality.” Libya and Nigeria have similar anti-propaganda laws, but they also prohibit same-sex relations, so they are already on the list.

Back in 2012, based on a separate, nearly complete count, St. Paul’s Foundation for International Reconciliation cited a total of 76 countries. That list was used as the basis for naming that year’s Spirit of 76 Worldwide program aimed at repealing those laws. It also inspired the name of this blog — “Erasing 76 Crimes.”

See also this blog’s article on nations that impose the death penalty for homosexual acts.

Overall, this article’s content is in these often-searched categories: 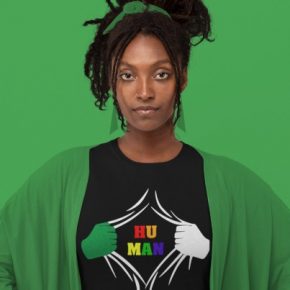