NEWS ANALYSIS:   After news broke that the U.S. Supreme Court has likely already voted to overturn the landmark case that protected the right of American women to have an abortion, many commentators noted that the Republican Party and several Republican-appointed Supreme Court justices have set their sights on toppling LGBT rights, including same-sex marriage. Could sodomy laws, currently defused by the court, be in line for a Republican-fueled revival in the United States too?

All fifty US states and all US territories, as well as the US military, once had laws banning sodomy in their criminal codes. Some of these sodomy laws targeted both heterosexual and homosexual conduct. But beginning in the 1960s, most of these laws were gradually repealed by state legislatures or struck down by state courts.

Sodomy was fully decriminalized in the United States in 2003, when the Supreme Court decided in Lawrence v. Texas that private, consensual sodomy was protected by liberty and privacy rights implied by the due process clause of the US Constitution.

A leaked draft of the abortion ruling — which has been confirmed to be real, but may not reflect the final decision of the court — makes clear that certain justices see the protections offered by the due process clause to be much more limited than earlier courts did. Justice Samuel Alito, who has very publicly expressed his disagreement with many recent Supreme Court decisions expanding LGBT rights, wrote in the draft decision that rights protected by the due process clause must be “deeply rooted in the Nation’s history and tradition” and “implicit in the concept of ordered liberty.”

Although the draft decision goes on to say that its findings are unique to the abortion case, it’s not a stretch to see how such a decision — once it is issued in its final form — could be used to undo the the Supreme Court’s decision in the Lawrence case that decriminalized sodomy.

Once the ruling comes out, the path to overturning Lawrence is clear. A prosecutor or an Attorney-General in any states that still have sodomy laws on the books could begin prosecuting people under the formerly defunct statutes, arguing that the court’s abortion decision invalidating Lawrence means that prosecutions are once again viable. A case eventually makes it to the Supreme Court, where a conservative majority could explicitly overrule Lawrence.

When Lawrence was decided, sodomy laws were still on the books and actively enforced in 14 states. Several other states also had sodomy laws that had been invalidated by state courts on their books.

Another five states have sodomy laws on their books, although they’ve been ruled unconstitutional by their state supreme courts and are unlikely to be affected by any US Supreme Court action: Georgia, Kentucky, Massachusetts, and Minnesota. Maryland also has a partial ban on “unnatural sexual practices” not including sodomy, which has similarly been struck down by its state courts.

But nine states still have these laws on their books: Florida, Kansas, Louisiana, Michigan, Mississippi, North Carolina, Oklahoma, South Carolina, and Texas. In these states, an overruling of Lawrence could immediately snap sodomy laws back into place.

The outlook is even bleaker for same-sex marriage. If the conservative majority on the Supreme Court were to overrule the 2015 Obergfell decision that legalized same-sex marriage nationwide — it too rests on the due process clause of the US Constitution — then same-sex marriage could immediately become illegal in more than half the country. Many states ban same-sex marriage in their state constitutions, which would present a major obstacle to legislative repeals.

While some of these scenarios may sound like scare mongering, they’re well within the realm of possibility for a Republican Party that has increasingly aligned itself with the most reactionary anti-LGBT policy proposals America has seen in a long time.

Sources of information in this article include: 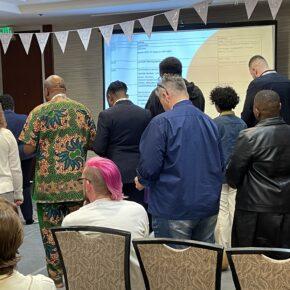 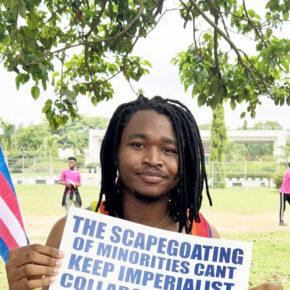