The report #OUTLAWED “The love that dare not speak its name” lists the nations that outlaw same-sex relations between consenting adults and criminalize forms of gender expression. It includes interactive maps and links to countries’ penal codes.

HRW’s list of 69 countries with anti-gay laws is mostly the same as this blog’s list of 73 such countries.

In addition to HRW’s 69 nations, the Erasing 76 Crimes list includes:

Afghanistan. In 2017, ILGA’s report “State-Sponsored Homophobia” stated about Afghanistan, “Although the Afghan Penal Code does not contain any explicit provisions on the criminality of consensual same-sex sexual acts, Article 130 of the Constitution does allow recourse to be made to Sharia law, which prohibits same-sex sexual activity in general, and indeed any sexual contact outside marriage. Afghanistan’s Sharia law criminalises same-sex sexual acts with a maximum of the death penalty. A BBC article of late 2016 confirms that LGBT people live in constant fear of this or other severe persecutory penalties and they are forced to hide their identities. A high-profile scholar is quoted ‘there was broad consensus amongst scholars that execution was the appropriate punishment if homosexual acts could be proven’, and this is consistent with a history of such repression in Afghanistan. ”

Indonesia. The HRW report notes that “in Indonesia, Aceh province is semi-autonomous and criminalizes same-sex conduct under Sharia (Islamic law).” The laws in Aceh province and other Indonesian locations are the reason that it’s included in this blog’s list.

Iraq. The ILGA report stated, “Non-State actors in Iraq including Sharia judges, are known to order executions of men and women for same-sex sexual behaviour, despite the fact that Iraq’s civil code is silent on same-sex sexual behaviour, and the country’s legal system does not defer to the Sharia court. It is also known that both police and militias have frequently kidnapped, threatened and killed LGBT people, as documented by OutRight since 2014. …” See also this blog’s coverage of Iraq.

United Arab Emirates. HRW provides detailed information about the United Arab Emirates (UAE), but does not list it among the 69. As HRW stated, the UAE “has no federal law against homosexual conduct, but several emirates, each of which has its own penal code, do so, including Abu Dhabi, Dubai, and Sharjah. The UAE’s federal penal code includes a vague ban on any ‘indecent or disgraceful act,’ without further explanation.”

HRW has also published the third edition of its SOGI Country Profiles, including brief descriptions of the status of LGBTI people in 112 countries. Those nations include the 69 nations with anti-gay laws plus others that were the locations of major events, positive or negative, relating to LGBT rights in 2018. 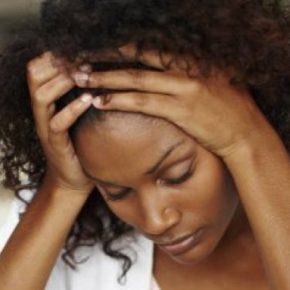