For gay Chechens, escaping from Chechnya doesn’t guarantee safety from Chechnya’s purge of its LGBT citizens. The Russian LGBT Network tells about the attempted abduction of a Chechen man who sought refuge in St. Petersburg.

This is the account from the Russian LGBT Network:

Dear all, please find some information on the attempt of abduction of a native of Chechnya in St. Petersburg last Friday (July 13).

On July 13, in St. Petersburg there was an attempt to kidnap a native of Chechnya Zelimkhan Akhmadov. According to the information received, his father can be involved as well as unknown people who spoke the Chechen language among themselves. At least one of the perpetrators had an ID of a law enforcement officer.

Zelimkhan Akhmadov has been in hiding for almost a year to escape persecution based on suspicions about his homosexuality, and the recent attempt to kidnap him is not the first one. There have already been five attempts to abduct the young man or to force him to return to Chechnya.

On July 13, at 12:20 pm, five people attacked Zelimkhan near his [safe house] and forced him into a car. As it turned out later, this car had been waiting nearby for 2 days. A friend of Zelimkhan managed to send a message to a staff member of the Russian LGBT Network, which immediately the abduction to police, who went to the location and talked to witnesses.

Security personnel at the residential [safe house] recorded the numbers of the car involved (they register all the cars in the zone of the residential house), and with it police quickly managed to find the young man and his father. There were no other people at the place where Zelimkhan was detained.

Both Akhmadovs were taken to police station No. 60, where the father threatened Zelimkhan: he said that he was the shame of the whole family, and that because of him all the clan is under a death threat. The father also tried to persuade the son to make a video in which he would say that there was no persecution, and that he was not homosexual. Zelimkhan refused to do so.

In the evening, Zelimkhan left the police station; he is safe now, with the Russian LGBT Network providing all necessary support. A pretrial investigation was initiated. Under Article 126 of the Russian Federation’s criminal code, abduction committed by a group of persons is punishable by a prison sentence of five to twelve years.

As [Russian gay rights activist] Igor Kochetkov pointed out, this attempt at abduction disprove the official position of the Russian authorities, who repeatedly state that there are “no gay people in Chechnya”. Members of the LGBT community have tried to flee Chechnya because of the mass campaign against LGBT organized by the local authorities, but that is not enough.

Chechen individuals suspected in homosexuality are persecuted outside of the Republic too. The Russian LGBT Network registered five cases of such abductions, as a result of which five people were taken back to Chechnya by force. It means that the Russian authorities cannot or do not want to protect the Russian citizens not only in Chechnya, but also outside of Chechnya.

Russian authorities turn blind eyes on what is happening in Chechnya and refuse to open criminal proceedings for 2017’s systematic mass detentions, tortures and killings of people because of their sexual orientation and gender identity. The Russian LGBT Network defines persecution of LGBT people in Chechnya as a crime against humanity and demand an open and transparent investigation. 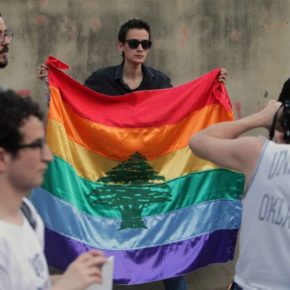 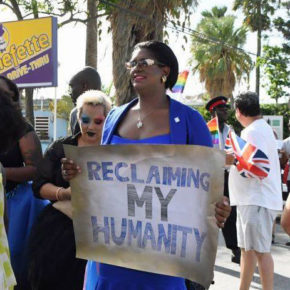