Lebanon took the next step toward overturning its anti-gay law, as an appeals court confirmed a lower court ruling that same-sex intimacy is not a crime because it is not “contrary to nature.”

(Beirut, July 19, 2018) – A district court of appeal in Lebanon issued a groundbreaking ruling on July 12, 2018, that consensual sex between people of the same sex is not unlawful, Human Rights Watch said today.

The ruling follows similar judgments from lower courts that have declined to convict gay and transgender people of “sexual intercourse contrary to nature” in four separate rulings between 2007 and 2017. It is the first such ruling from an appeals court and moves Lebanon further toward decriminalizing homosexual conduct.

“This ruling signals a new horizon for lesbian, gay, bisexual, and transgender people in Lebanon, who have long been persecuted under discriminatory laws,” said Neela Ghoshal, senior researcher on lesbian, gay, bisexual, and transgender (LGBT) rights at Human Rights Watch. “The court has effectively ordered the state to get out of people’s bedrooms.”

Activists in Lebanon have long fought to end the use of article 534 of the penal code to prosecute consensual same-sex conduct. The law is a colonial relic, put in place by the French mandate in the early 1900s, and punishes “any sexual intercourse contrary to the order of nature” with up to one year in prison. It has at times been enthusiastically wielded to persecute LGBT people, often affecting particularly vulnerable groups including transgender women and Syrian refugees.

This recent ruling related to the 2015 arrest of nine people in a suburb of Beirut whom police suspected of being gay and transgender. A criminal court declined to convict them of “unnatural offenses” in 2017, when the judge said that “homosexuals have a right to human and intimate relationships with whoever they want, without any interference or discrimination in terms of their sexual inclinations, as it is the case with other people.”

Prosecutors appealed the acquittal to the Court of Criminal Appeal in Mount Lebanon, where a three-judge bench decided in a majority ruling to uphold the acquittal. The appeals court ruled that the penal code should be interpreted in accordance with “common sense” and principles of social justice. It found that consensual sex between adults of the same sex cannot be considered “unnatural” as long as it does not violate morality and ethics, for instance, “when it is seen or heard by others, or performed in a public place, or involving a minor who must be protected.”

Youmna Makhlouf, one of the lawyers representing the accused, said the case is significant because appeals court rulings carry a moral authority and are likely to serve as precedent for lower courts. While judges are not legally bound by the precedent and may still convict people of homosexual conduct under article 534, Makhlouf told Human Rights Watch that they are likely to give serious consideration to the ruling in subsequent cases.

The government has not signaled whether it will appeal to the Court of Cassation, the country’s highest judicial authority.

Georges Azzi, executive director of the Arab Foundation for Freedoms and Equality, which defends the rights of LGBT people throughout the Middle East and North Africa, told Human Rights Watch that the defense lawyers worked closely with LGBT rights organizations to make the argument that same-sex conduct should not be considered “against nature.”

“It was a very progressive ruling, [stating] that the government has no business in people’s private lives,” Azzi said. “Other courts could still convict people, but we’re very hopeful – we’re seeing that the trend now is not to criminalize homosexuality.”

“Despite the positive developments in the courts, the reality is that same-sex couples can still face jail time in Lebanon,” Ghoshal said. “Parliamentarians should follow the courts’ lead and repeal article 534.” 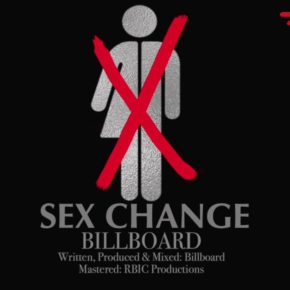