Activists from the LGBTQ rights organization 2HRC have made another delivery of food and hygiene items to three undernourished prisoners —  Marie, Eva and Col, the two lesbians and a trans woman — who are serving homosexuality sentences at Bertoua Central Prison in eastern Cameroon.

More importantly, the activists also paid the prisoners’ fines so the three women will be set free when their one- to two-year sentences end (soon) instead of having their sentences extended to pay that debt.

Money for the groceries and payment of the fines came from dozens of donors via the U.S. tax-exempt St. Paul’s Foundation for International Reconciliation.

None of the three was convicted of anything except violating Cameroon’s anti-homosexuality law.

The activists delivered what the prisoners need — nutritious food, sanitary napkins and other hygiene items.

Total donations are nearly enough ($33 short of what’s needed) to allow us to provide:

Don’t feel under pressure to do more right now, but if you want to, you can find Information about making additional donations to the Not Alone Project via the St. Paul’s Foundation at https://saintpaulsfoundation.org/donate/.

Here is the latest report from 2HRC activists:

REPORT OF THE VISIT TO THE BERTOUA PRISON

The visit to Bertoua prison was held on Tuesday June 17, 2020. The 2HRC team was made up of two people.

The visit was held in the afternoon. We met the three detainees at the same time because the time had been set aside for one-on-one discussions.

She is doing well and received a sum of 10,000 FCFA [about $17] for the purchase of sanitary napkins and food at the prison. [During an earlier visit, the prisoners noted that they have no way to keep food from spoiling in the heat, so they asked that some of the money not be used by 2HRC to buy food, but instead be given to the prisoners so they could buy food at the prison themselves.]

We told her that her fine had been paid.She needs eyeglasses: she did an exam during the free ophthalmology campaign at the prison.

She needs 88,000 CFA francs [about $150] for the purchase of her glasses. [Since this report, the $150 for her glasses has been transferred to Cameroon.]When she gets out of prison, she would like to learn sewing or computer science.

She said if donors don’t have enough money to support both her and Eva, just one of them should be helped.

She is in perfect health compared to the last visit. She was issued 10,000 CFA francs for the purchase of sanitary napkins and for food because, at the first visit, it was specified that the food was spoiled at the prison because of heat and poor conditions for storage.

We told her that her fine had been paid.

She greatly thanks the donors of the Not Alone Program and she would like to know if she will be supported when she comes out of prison to have a place to sleep and also a small activity to survive.

She impatiently awaits her release from prison [scheduled for September].

She has no immediate needs.

She is doing well and is awaiting her release in July.A sum of 10,000 FCFA was also given to her.

Her fine was paid immediately because the officers could not find her file. An appointment was made to pay the fine after her file was found.

For the moment, we still have the money for the payment of the fine. We will pay it as soon as her file is found. [The fine was paid two days later, on July 1.]

Col was in shock to learn that her file had been lost.

These were the food and hygiene items we delivered::

Team transport costs.
We used our own resources given the limited budget.

Related articles about Phase 3 of the Not Alone / Pas Seul Project in eastern Cameroon:: 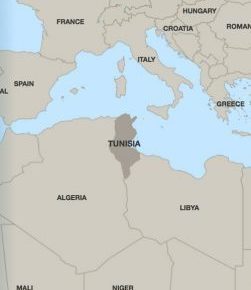