Eric, a gay singer/dancer in the capital city of Cameroon, is more than half-way through his prison sentence for homosexuality and eager to get out to resume his singing and dancing career.

This is the first of three articles about the three prisoners in Yaoundé, Cameroon, who are serving prison sentences for homosexuality. Under Article 347bis of Cameroon’s penal code, same-sex intimacy is punishable by a prison sentence of six months to five years.

Since Jan. 24, Eric, age 24, has been locked in the central prison of Yaoundé.

He is a handsome, light-skinned young man of medium height with a deep look in his dark black eyes. He comes from a devout Roman Catholic family, but he is also a joker.

After obtaining a high school study certification, he halted his formal education for lack of money.  He became a dancer and cabaret singer.

Everything went well until the day when rumors about his sexual orientation spread through the neighborhood. He was a victim of being unwillingly outed. His parents were not surprised, he said, because he has effeminate manners and behavior.

Outed, Eric made a big change:

At that moment, I decided to leave home, because I could not stand how I was treated there. I was not forced out, but I was the victim of my family’s discriminatory attitudes.  Living there was a psychological pain. Because of my sexual orientation, I felt guilty and on the outs with my family.

My family did not agree to my departure, but I chose to leave for my own happiness, my peace of mind, and especially my freedom of conscience, because I did not like the fact that my sexual orientation was hurting my family.In October 2017, I settled down with a friend in a room we rented together. That  was in a neighborhood far from the family home.

Then, in the middle of the night on Jan. 21, 2018, police stopped me in the street after I had left the cabaret where I was singing. They searched me and found lubricating gel in my pockets. They seized my phone without legal authorization; on it they found naked pictures of me.

We argued. They took me to the police station and charged me with homosexuality.

I was held for three days at the police station without receiving a visit from anyone in my family, even though my roommate had called to tell them what had happened.

I appeared in district court on Jan. 24 and was ordered to be detained at Yaounde Central Prison pending trial.

Eric has used his time behind bars for reflection and personal growth, he says.

But he has been the target of aggression and insults because of his effeminate behavior.

“We are not welcome in the midst of all these criminals,” Eric says. “I want to get out of this hell and revive my dream of  a singing career.”

When he is freed in September, he hopes he will be accepted by his family and allowed to return to his home. Whether that will happen remains to be seen, because no member of his family has visited him since he was imprisoned. 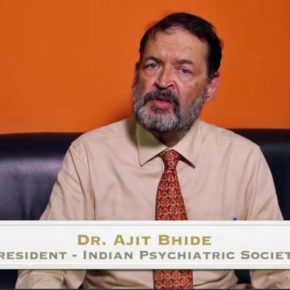