Albert, age 24, hopes to become a restaurant owner once again after he completes his four-year sentence for homosexuality at Yaoundé’s Central Prison.

This is the third of three articles about the three prisoners in Yaoundé, Cameroon, who are serving prison sentences for homosexuality. Under Article 347bis of Cameroon’s penal code, same-sex intimacy is punishable by a prison sentence of six months to five years.

Curious, intelligent and strong, Albert is a young man who is passionate about food. The youngest in a family of five, he stopped his academic education at age 16 so he could  enter a restaurant training course because of his love for cooking.

Albert has a strong temperament, a medium build and a chocolate complexion. He is ambitious despite his current situation as a prison inmate.

In the past, he has not allowed troubles to defeat him.

After he realized his sexual orientation and made it known to others, he was rejected by his family. A fervent Christian, he began attending events at LGBTI support groups in Yaoundé such as Affirmative Action and Humanity First Cameroon. There he met Olivier and they soon became a couple.

Both had trained for jobs at restaurants, and Albert was already working at one. They decided to open a small restaurant of their own with funds they had saved, plus financial support from friends who were better off.

All went well until the two young men were arrested, charged, convicted and imprisoned for homosexuality.

Now, a few months before the end of their prison sentence, Albert is looking to the future:

“I intend to rebuild my life, to start from scratch again. Cooking remains my passion so I would like to open a restaurant again.

“I’m still wondering what life will be like after prison. I will need housing, because I don’t have the courage to go home.” 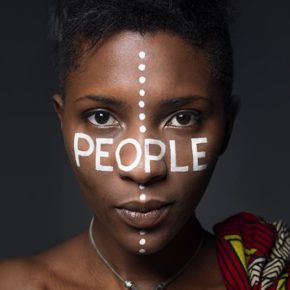