On schedule, Cameroon’s central prison in Yaoundé has released the three remaining prisoners serving sentences there for homosexual activity. Prisoners Albert, Olivier and Eric ended their sentences well-nourished because they had received food packets purchased through the Not Alone / Pas Seul project, financed by generous readers of this blog.

Last month’s food delivery marked a successful conclusion to the pilot program of the Not Alone / Pas Seul project, sponsored by this blog and the St. Paul’s Foundation for International Reconciliation, funded by donors from Mexico, the United States, France and Luxembourg..

Steeves Winner, the blog’s reporter in Cameroon, is exploring the feasibility of extending the program outside Yaoundé to other gay victims of Cameroon’s Section 347(bis), which imposes sentences of up to five years for same-sex intimacy.

Prisoners in Yaoundé get only one meal a day, so they need supplementary nutrition. As part of the project, activists from the LGBT rights group Humanity First Cameroon delivered food to the prisoners on Sept. 9. Funds donated by this blog’s readers paid for the prisoners’ gift packets, which included rice, tomato, onion, salt, food paste, cooking oil, sugar, tapioca, household soap, bleach, antiseptic soap and pairs of slippers.

The prisoners expressed thanks to the project’s donors, with special thanks to donor Kenneth Fyrsterling, who sent them a long message of encouragement. With his permission, the two Erasing 76 Crimes blogs published that message last month — in French on 76 Crimes en français and in English translation on this blog.

A follow-up visit to the prison on Sept. 12 made sure that all went as planned on Sept. 9. That follow-up was by Steeves Winner and by Jason Mballa, who is a member of the advisory committee for the Not Alone / Pas Seul Project and a human rights defender at  ADEPEV (Association de defense des personnes vulnerables).

Upon our arrival, we presented the letter of support from donor Kenneth Fyrsterling. This letter aroused a lot of interest and emotion among the two detainees. They did not stop saying “thank you” and expressing their gratitude to all the donors.

They are currently in good health, but they are unsure about where they will live after their upcoming release from prison. They are also concerned about how they will fit into Cameroonian society.

This article was revised Oct. 17 to correct the affiliation of Jason Mballa. He is a human rights defender at ADEPEV (Association de defense des personnes vulnerables), not at ACODEV (AIDS Action for Community Development).

For more information about each of the three prisoners, read these articles in the blog: 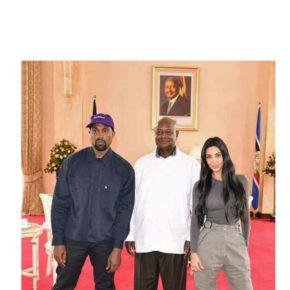