A desperate Ugandan LGBTQ refugee committed suicide outside the U.N. refugee agency in Nairobi today after he failed to win financial assistance there, LGBTQ activists in Kenya report.

The suicide comes at a time when the HIAS refugee support organization and the U.N. High Commissioner for Refugees (UNHCR) have been cutting back the minimal financial assistance that LGBTQ refugees in Nairobi have received in the past.

This cutback is in line with the Kenyan government’s policy that all refugees must be located in refugee camps such as the huge Kakuma Camp, where LGBTQ refugees make up a small, persecuted minority of the population of about 500,000.

“This is true. It happened. So traumatizing,” one Kenyan activist stated in response to the news of the suicide. Photos of the hanged man were posted online but are not being published as part of this article.

These services are available to assist readers who are deeply affected by the news of the suicide:

According to refugee activists, Mweru hoped to get help from UNHCR today even though the agency was closed for the Easter Monday holiday. He had a confrontation with police and guards working for G4S Security Services, was assaulted by them, and then hanged himself from a nearby tree, they said.

Today April 13th, is the saddest Easter Monday to the LGBT refugee community living in Nairobi. After being continuously frustrated and ignored by UN protection officers. Aneste Mweru decided  to hung himself by the tree at UNHCR offices Nairobi at around 10am. His lifeless body has been sent to the pathologist for a postmortem. (Eye witnesses say he was badly assaulted by G4S and police and therefore the postmortem report should independently be done and made public.)

Friends say that Aneste woke up today in very bad moods and wanted some assistance. He travelled to UNHCR confident that he would be assisted. Since Easter Monday is a public holiday most UNHCR officers were out on holiday enjoying life with their loved ones during this lock down period.

He was ordered by G4S to disappear or face it rough as usual. Aneste responded by saying he was not moving an inch and needed assistance. G4S and police usually have orders from their superiors to beat, [maim] or even kill if their orders are disobeyed.

Aneste was roughed up and badly assaulted. In so much pain, he crawled to the nearest tree, climbed it and hanged himself so that he could  free himself from the extreme pain he had suffered.

“We, at UNHCR, the UN Refugee Agency, are profoundly shocked and saddened by the tragic death and apparent suicide of a refugee today in Nairobi.

Our thoughts and condolences are with his family and friends. We ask everyone to kindly respect his dignity and the dignity and privacy of his family, and to desist from circulating pictures of the deceased.

The deceased person, a Ugandan national was recognized as a refugee by the Government of Kenya.

We are in close contact with the Kenyan police, who have launched an investigation to clarify the circumstances surrounding his death.

UNHCR is also in regular contact with the refugee community and relevant authorities to ensure that any required support is provided and to prevent the spread of misinformation.

UNHCR is concerned about the growing challenges faced by refugees and asylum-seekers as well as communities hosting them, in meeting their basic needs in the current difficult context.

UNHCR will continue to do its utmost to deliver critical protection and assistance to the nearly 500,000 refugees and asylum-seekers living in Kenya, especially during these challenging times.” 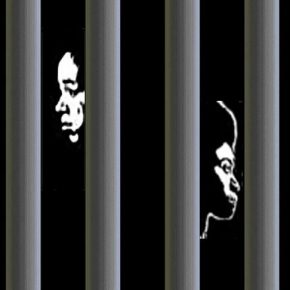