Confusion surrounds this week’s heartless decision to move 76 gay refugees from Nairobi back to the often violently homophobic Kakuma refugee camp from which they were evacuated for their safety late last year. The move came as the desperate conditions of LGBTQ refugees in Africa have started to catch the attention of some mainstream journalists and others.

There’s no solution in sight, and often not even any agreement about the specifics of what’s going on.

In a heart-wrenching series, advocacy blogger Melanie Nathan has concentrated on the plight of  LGBTQ refugees in Africa even more intensely than she has in the past. She seeks contributions to help them and proposes international recognition that LGBT refugees face hostility and challenges that other refugees do not.

This blog has often written about LGBT Ugandan refugees in Kenya, especially the hostility and violence they have faced both in Nairobi and in the huge Kakuma refugee camp. That coverage has eased off recently because disputes within the Kenyan refugee community, especially the Refugee Flag Kenya advocacy group, have raised questions about whose accounts are true and whose are fabricated.

Now the BBC reports that 76 gay refugees in Nairobi have been rounded up by Kenyan police and sent back to Kakuma Camp under orders from the Kenyan government. Similar reports came from Pink News and the Kenyans.co.ke news website.

Confusingly, the BBC describes the refugees’ departure from Kakuma Camp last year as if it were voluntary: “The group had been living in temporary accommodation in the capital, Nairobi, after fleeing the refugee camp.”  When the move occurred last year, gay refugees at Kakuma could refuse to leave, but the move was prompted by the U.N. As this blog reported last year, “The U.N. refugee agency announced [Dec. 13, 2018] that it is moving LGBT+ refugees to safe houses in Nairobi, evacuating them from Kenya’s huge Kakuma Camp where they have repeatedly been targets of violent attacks by other refugees and nearby residents. Kakuma Camp ‘does not provide a safe environment for LGBTI refugees and asylum-seekers,’ said a UNHCR spokeswoman.”

Now, as refugees are transported back to Kakuma Camp, the BBC reports without the necessary skepticism: “The UN said it would protect the group in the camp.”

In contrast to the BBC article, Nathan’s coverage of the roundup pulls no punches: “LGBTI Refugees Arrested and Sent Back to Dreaded Kakuma Camp.” 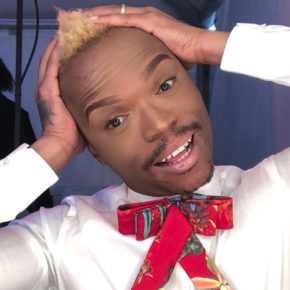