A trans activist in Barbados has challenged her employer’s decision to terminate her for changing her name to reflect her gender identity.

The case, filed by Alexa Hoffman, was the first such challenge submitted to the Barbados Employment Rights Tribunal (ERT).

The development follows failed attempts by the Labour Department to resolve a dispute between Alexa Hoffmann and her former employer, Court Caribbean Law Practice, over Hoffmann’s decision to change her name as a reflection of her gender identity. …

If successful, Hoffmann hopes the decision will set a precedent for the local Lesbian, Gay, Bisexual and Transgender (LGBT) community.

The outspoken activist declined to disclose her given name at birth, which was used in August 2015 when she was hired as a legal assistant.

Hoffman explained the issues came to a head when she was attacked in February 2018 and her supervisor, lawyer, Nigel Bennett asked her why she was being referred to as Alexa in the public domain. In response, the trans woman said she explained that although her name had not yet been changed, persons referred to her as Alexa as a courtesy.

But it was only in October of the same year, when her name was officially changed at the national registry, that Hoffman claims she was asked to stay home from work. Weeks later, the trans woman said she emailed her employer to inquire about her status and was informed that she had been placed on leave while the company engaged in consultations on the matter.

This eventually resulted in a meeting at the labour department on February 7, 2019 where the two parties were unable to resolve the matter “amicably”.

When contacted, Attorney Nigel Bennett refused to comment extensively while the tribunal addresses the matter but admitted the law firm was challenging the basis of Hoffmann’s claims.

“We have no issues at all, but as a matter of propriety, the matter is before the ERT and we are simply going to put forward our position to the ERT and let them make a determination. Once they have made a decision in that regard we could make a comment, but it would be highly inappropriate of us to do that before,” Bennett told Barbados TODAY.

Asked what legal remedies she would be seeking, Hoffmann doubted the practicality of reinstatement but said she is pursuing damages. Even more important she explained, is the need to set a definitive precedent for “marginalised and downtrodden” persons in the LGBT community.

“Outside of the compensation, I am looking to send a message that regardless of an employer’s consternation about the diversity of his staff, as long as that diversity does not have a direct impact on the work they are employed to do…it should not be cause to suspend them,” Hoffman said.

“If you have an employee whether they are gay, straight, bisexual, trans, disabled, HIV positive or whatever the situation is…let them do their work in peace, and if I have to go through the Employment Rights Tribunal process to let employers know that I have the right to be left alone to do the work that I have been hired to do, then so be it,” the trans woman added.

It is still unclear when the tribunal will hear the matter, and while Hoffman is willing to be patient, she has not ruled out the possibility of approaching the civil courts to adjudicate on the case.

The trans activist meanwhile added that she was hoping to empower transgender Barbadians to pursue careers outside the traditional areas of beauty and cosmetology, if that is their desire.

“I keep realising there are a lot of people who go through what I go through as well but many of them feel so beaten and downtrodden that they can’t seem to muster up the fight to get up and stand up for themselves … but I keep thinking that if I don’t make this move, I don’t know who else will make it,” Hoffmann said.

“It’s not just about me anymore, because I am thinking about other people who may want to become professionals in whatever field they want.

Alexa Hoffmann manages the Rainbow Caribbean page on Facebook, which is underwritten by the St. Paul’s Foundation for International Reconciliation. That foundation also is a financial supporter of this blog and its team of journalists advocating for LGBTQ rights. 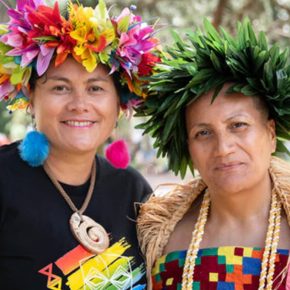 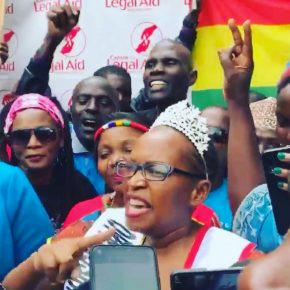