To attend school, a 14-year-old trans girl in Barbados must wear the uniform designed for schoolboys, her private school says.

The government of Barbados, which licenses schools, has refused to intervene in the case.

The girl’s mother, a Canadian citizen living in Barbados, is petitioning for the school to change its stance.  (Click here to sign her petition, which is entitled “Push Providence School Barbados to support LGBTQ+ children.”)

She stated, “My daughter was forced to wear a male uniform for the entire duration of the last school year. On top of that, she was constantly referred to as a boy by some of the local teachers and she felt singled out and embarrassed.”

Providence School has said that, if the girl attends again this year, teachers would refer to her as a girl, she would be given her own washroom and she would be excused from gym classes.

The Providence School website states that tolerance is a crucial element of the education it provides: “The school is grounded on the Christian faith and seeks to prepare young boys and girls to: recognize goodness; contribute to society; practice tolerance towards others, and strengthen family and community bonds.” [Bold type added.]

“While we register these schools, they mainly regulate themselves. We can’t go in and regulate them but we expect that our private institutions respect our laws, they would be fair in its application and they not pursue discriminatory practices towards any student or any individual.

“I think this is a matter that the school is dealing with and, out of respect, I will allow them to be able to deal with that ….”

Coincidentally, the premier university on the island, the University of the West Indies, Cave Hill, this month graduated its first openly transgender student, who received special commendation from the campus principal in her graduation ceremony speech.

Barbadian trans activist Alexa Hoffmann of Trans Advocacy and Agitation Barbados has urged the Ministry of Education to get involved:  “At the very least, use the opportunity to monitor the situation, see what is going on and take some lessons from that,” Hoffman said.

The school is creating new problems, she said:

“They’re concerned that allowing the child to wear the girl’s school uniform is going to scare away potential students. I think it would be more disturbing to see a trans-identified student being made to dress as a male. It would cause a whole set of unnecessary confusion. Students are going to walk up to this child and say, ‘so wait, you’re a girl, why are you dressed as a boy? You say you’re a girl, you’re using a girl’s name, why are you wearing a boy’s uniform?’

Hoffmann is the lead petitioner challenging the Barbadian anti-sodomy law before the Inter-American Commission on Human Rights (IACHR).

Barbados is the only English-speaking Caribbean country that recognizes the jurisdiction of the Inter-American Court of Human Rights and is therefore bound by the court’s advisory opinion of 2017 that mandates state parties to protect and promote the right to gender identity and expression. 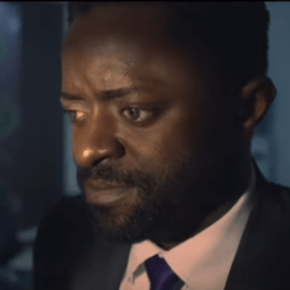