Gay men and LGBT activists are again under attack in Chechnya and elsewhere in Russia.

The Russian LGBT Network (below) describes the attacks on volunteers and staff who are trying to protect the lives of gay Chechens, while Human Rights Watch tells of the renewed repression inside Chechnya (farther below).

Svetlana Zakharova, communications manager and board member of the Russian LGBT Network, reports:

A group of unknown people broke into the apartment of the Russian LGBT Network’s volunteer to “find” one Chechen woman and “kill” the coordinator of the Emergency Help Program.

On May 17, seven unknown people broke into the apartment of the Russian LGBT Network’s Hotline volunteer. Three of them were Chechens. Another four men introduced as police officers, however they refused to show the badges or any other IDs. The men searched the apartment without any warrant and aggressively interrogated the volunteer, asking for the location of another activist of the Russian LGBT Network – Emergency Help Program coordinator David Isteev.

The Hotline’s volunteer did not have any information about the woman in question; neither had he known where David was. Despite that, true or fake policemen threatened the volunteer with physical harm and death. They warned the volunteer that they will “take to the police office and will break all the bones” of his. “Tell David that we’ll find and kill him” — this message the perpetrators left for the Emergency Help Program coordinator.

Both David Isteev and the volunteer, whose apartment was illegally searched, filed reports to the police.

This was not the first occasion when Russian LGBT Network’s staff and volunteers received threats connected to their field of occupation and specifically the work of the organization with Chechen LGBT survivors. Different unknown people, calling themselves “police officers from Grozny”, “Criminal investigation officers from the North Ossetia”, members of “Ramzan Kadyrov’s special troops”, regularly contact the Russian LGBT Network’s activists and utter threats.

One of such threats to the head of the Russian LGBT Network’s Programs, Igor Kochetkov, were addressed by another man, who introduced as Chechen. In his video-message, available online, the man hints that Igor “next time better not take the same tram”. In reply to the report that Igor filed to police upon this case, the officers advised him to call “02” (an outdated police emergency phone number) next time he would receive threats.

The Russian LGBT Network considers those threats as real and requires investigation into these violations.

Human Rights Watch provided this update on the situation in Chechnya:

(Moscow, May 8, 2019) – Police in Chechnya have carried out a new round of unlawful detentions, beatings, and humiliation of men they presume to be gay or bisexual, Human Rights Watch said today. The new abuses come against a backdrop of absolute impunity for the vicious large-scale anti-gay purge in spring 2017. The Russian authorities should carry out an effective investigation into the anti-gay abuses and hold those responsible to account.

Human Rights Watch interviewed four men who were detained for between three and 20 days, between December 2018 and February 2019, at the Grozny Internal Affairs Department compound. Police officials there kicked them with booted feet, beat them sticks and polypropylene pipes, and tortured three of the four with electric shocks. One was raped with a stick. The men’s accounts are consistent with a crime report filed on January 29 with Russia’s chief investigative agency by the Russian LGBT (lesbian, gay, bisexual, and transgender) Network, a prominent LGBT rights group, which stated that in December and January, police in Grozny, Chechnya’s capital, rounded up and abused 14 men. The report suggested that the true scope of detentions was broader.

“There wasn’t anything remotely resembling an effective investigation into the anti-gay purge of 2017, when Chechen police rounded up and tortured dozens of men they suspected of being gay,” said Rachel Denber, deputy Europe and Central Asia director at Human Rights Watch. “Impunity for the 2017 anti-gay purge has sanctioned a new wave of torture and humiliation in Chechnya.”

The four men Human Rights Watch interviewed said that the police interrogated them under torture, demanding that they identify other gay men in their social circles, in some cases showing them photographs. Police seized the detainees’ cell phones for the same purpose.

One man said the police handed him over to his family, exposing his sexual orientation and indirectly encouraging his family members to kill him. Some of those interviewed said this happened in at least two other cases. In at least three cases, police demanded large sums of money for the men’s release.

Two of the men whose time in unlawful detention overlapped gave closely matching descriptions of the detention facility, the other inmates, the daily routine, the police officials, and the abuse inflicted on presumably gay captives. The other two were held in other parts of the police department and described similar treatment and gave similar descriptions of some of the same officials involved in the abuse.

All four said they were denied food and had only limited access to water. Three said the police shaved off their beards and hair or forced inmates to shave each other’s heads. The same happened to other detainees police presumed to be gay.

Police officers also humiliated them by probing into the details of their lives, using homophobic slurs, exposing them as gay to other inmates, and forcing them to undress. Police also forced several of the presumed gay inmates to clean the toilet and wash floors and doors along a corridor, making it clear to them and the other inmates that the gay detainees were given “women’s work” as a form of humiliation.

Two of the interviewees said they were held mostly in a large cell with some 40 other inmates on the fourth floor of a building on the police department compound. During their time in confinement, they encountered five other inmates detained and subjected to cruel and degrading treatment because of their presumed sexual orientation.

Activists of the Russian LGBT Network told Human Rights Watch that based on the information the network received from various sources and cross-checked, Chechen police detained at least 23 men between December and April because of their presumed homosexuality. At least 18 of them were held at the Grozny Internal Affairs Department. Human Rights Watch is not in a position to determine the full scope of this new wave of persecution.

Human Rights Watch did not find indications that top Chechen authorities sanctioned the new wave of detentions, as they had with the anti-gay purge of spring 2017. However, researchers determined that the police involved felt at liberty to hold people in unlawful, incommunicado detention, and to humiliate and torture them for days because of their presumed sexual orientation.

Chechen authorities have denied reports of the new wave of persecution. Speaking to Interfax in January, Alvi Karimov, a spokesman for Ramzan Kadyrov, the Chechnya governor, said: “This is an absolute lie. . . There were no detentions on grounds of sexual orientation in the indicated periods in the Chechen Republic.”

Russian federal authorities have not commented on the allegations. There has been no effective investigation in response to the crime report Kochetkov filed in January. Kochetkov told Human Rights Watch that Russia’s chief investigative agency merely forwarded the report to the investigative authorities in Chechnya, who sent him a letter in March seeking “additional information.” Kochetkov said the Russian LGBT Network did not engage with Chechen officials, and had said in its report that due to Chechnya’s climate of lawlessness and impunity, the investigation should be carried out by federal authorities.

Despite a sharp international outcry and Russian authorities’ repeated promises to investigate the 2017 crackdown, the government has taken no action. No criminal case has been opened into an October 2017 complaint by a survivor of the purge, and the Russian authorities did not provide him with the protection he repeatedly requested. In May 2018, Russia’s justice minister, Aleksander Konovalov, told the United Nations Human Rights Council (UNHRC): “The investigations that we carried out … did not confirm evidence of rights’ violations, nor were we even able to find representatives of the LGBT community in Chechnya.” 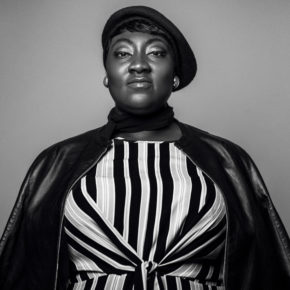