Kenya’s High Court today missed an opportunity to move the country forward. Instead, it ruled that the nation’s repressive anti-homosexuality laws are constitutional.

Sections 162 a) and c), and 165 of the Penal Code, which were introduced into the Kenyan lawbooks by British colonisers over 100 years ago, make it a crime punishable by up to 14 years in prison to ‘have carnal knowledge against the order of nature.’

The 3 judge bench ruled that the laws do not in any way violate the rights of LGBTQ+ Kenyans. In their judgement, the bench stated that the petitioners failed to prove how the existence of these sections violated their right to health, dignity and privacy. Njeri Gateru, the Executive Director of Kenyan National Gay and Lesbian Human Rights Commission (NGLHRC) — and the main petitioner in the case — said,

‘The NGLHRC has seen time and time again how these old colonial laws lead to the LGBT community suffering violence, blackmail, harassment and torture. They devastate people’s lives and have no place in a democratic Kenyan society.’

‘All Kenyan citizens are guaranteed freedom from discrimination, equality and to be treated with dignity under our Constitution. Yet in handing down this most disappointing judgment, the Court has ruled that a certain sector of our society is not deserving of those rights.

‘ Our Constitution, the supreme and homemade law of our land, should be respected and upheld as sacrosanct. The Court has missed an opportunity to help ensure a future free from the intrusion of the state in our private lives, and to turn the tide for the LGBT community here at home in Kenya, and on the wider African continent.’

The case, filed in 2016, was heard alongside a similar petition brought forward by the Gay and Lesbian Coalition of Kenya (GALCK) and Nyanza Rift Valley and Western Kenya (NYARWEK) LGBT coalition seeking to have the provisions declared unconstitutional.

Along with these other groups NGLHRC have vowed to continue to pursue redress through the courts and will be filing an Appeal in the Court of Appeal.

The National Gay and Lesbian Human Rights Commission (NGLHRC) was founded by a group of Kenyan lawyers to use the law to protect the basic rights of LGBT people to live with dignity, free from discrimination and abuse. LGBT stands for ‘lesbian, gay, bisexual and transgender’. The category generally includes anyone who sits outside conventional stereotypes on gender and heterosexuality.

LGBT people are often targeted for being masculine or feminine in a way that doesn’t fit with what is expected of them but are just as likely to be completely indiscernible from everyone else: LGBT people are all of us. They are doctors, politicians, boda-boda riders, street sweepers and everything in between. They are our neighbours. They are our sons and daughters, brothers and sisters, parents and grandparents. They are ordinary Kenyans, who are a part of every subsection of our society. 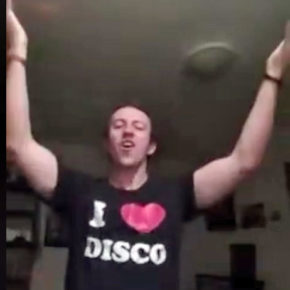