Religious leaders from conservative branches of Trinidad’s largest religions joined forces this week to declare their opposition to same-sex marriage and to a proposal to ban discrimination against LGBT people. A coalition of LGBT rights advocates responded with a statement that the religious leaders had “lost their way” and that no one is currently pushing for same-sex marriage.

The religious leaders’ meeting was organized by the Catholic Church and the local group Rebuild TT.

Although their statement came after a High Court ruling in April that Trinidad’s buggery law is unconstitutional, the religious leaders did not address that issue directly. The buggery law remains on the books but is not enforced. The Trinidad government has said it plans to appeal the High Court ruling.

The response from the Alliance for Justice and Diversity, which is reprinted below, said that the leaders got many facts wrong, including presenting themselves as representing a larger share of Trinidad’s population than they actually do.

This is Trinidad Newsday’s report on the conference that Rebuild TT facilitated:

In an unprecedented move yesterday, the heads of this country’s major religious groups held a joint press conference to categorically state their opposition to same-sex marriage being allowed in this country as well as any amendment to equality laws to facilitate the LGBTQIA community.

The group which included Roman Catholic head, Archbishop Jason Gordon; secretary general of the Sanatan Dharma Maha Sabha, Satnarayan Maharaj; head of the Anjuman Sunnat Jamaat Association (ASJA), Yacoob Ali; head of the Evangelical Council of TT, Desmond Austin and President of the Faith Based Network of TT, Winston Mansingh met at Archbishop’s House in Port of Spain for the press conference. The group called on Government and the Opposition to amend the Marriage Act by way of a special majority so as to prevent same-sex marriage from taking place legally in this country. They also called for no amendments to the Equal Opportunity Act to facilitate the LGBTQIA community.

The conference was facilitated by a non-governmental organisation called Rebuild TT. The religious leaders called for the Marriage Act to be amended to make it clear that under law and the Constitution, a marriage is solely between a biological male and a biological female.

They called for the amendment to be made by the first session of the next Parliament in September. Gordon said the basic principal of marriage being for the unification of spouses and for procreating of children is shared by Muslim, Hindu and Christian communities, which together, comprise the bulk of TT’s population.

“We believe our society and the fabric of Trinidad and Tobago as we know it is at risk,” Gordon said. He added that the belief that gender was no longer a fact was a “pernicious lie” that created a lot of problems for children and the global society.

Gordon said that when the US legalised same sex marriage, this country became “infected” with the belief that such a union was right. But TT is a different society, Gordon argued, and the time had come for people in society to ask what they want to become. “A very vocal minority should not be able to get their agenda through,” Gordon opined. He said the group was not campaigning against anyone but was standing for truth. Asked to respond to people who say TT is a secular society, Gordon said the laws are to cultivate a certain kind of society. …

This is the response from the Alliance for Justice and Diversity:

A Group of Six Faith Leaders Have Lost Their Way

The Alliance for Justice and Diversity (AJD), a social justice coalition, is deeply troubled and perplexed by the call this week from men, who lead six of the nation’s faith organizations, for Government to deny protection from discrimination to LGBTI+ citizens of Trinidad and Tobago. These leaders have lost their way.

The six men united despite their well-known theological divisions over the age of marriage and the decriminalization of homosexuality to call, in their own words, for “no amendment to the Equal Opportunity Act to accommodate any LGBTQIA issue.”

Their position responds to recent public calls to strengthen legal protection for LGBTI persons against discrimination. Several young LGBTI persons were evicted by landlords after they appeared in the media celebrating an April court ruling decriminalizing sodomy. LGBTI persons who have filed past cases with the Equal Opportunity Commission (EOC) have received determinations that the cases were not within the EOC’s jurisdiction.

The EOC Chair has affirmed this in a media statement following reports of the evictions and of firings of other young people for similar reasons. The Commission has been on record since 2014 asking for the authority to receive complaints of sexual orientation discrimination.

As opposed to focusing on solutions to pressing daily concerns experienced by the nation’s families—issues like crime, economic insecurity, sexual violence and political corruption—the faith representatives’ national press conference warned that “gender fluidity” and “individual autonomy” pose existential threats to the nation, because they undermine marriage and “the traditional family.” And, although there has been no advocacy in Trinidad & Tobago to extend marriage benefits to same-sex couples, a key purpose of their coming together was to call for the Parliament in September to enact legislation, by a three-fifths majority, to prevent people of the same sex from forming families through marriage.

They advanced several pieces of misinformation in their public remarks.

Identifying himself as a PanCaribbean Partnership Against HIV & AIDS Champion for Change, Winston Mansingh mis-stated that Trinidad & Tobago has the highest HIV prevalence in the Caribbean. And he offered a misleading analysis that when states expand human rights protections in law this allows HIV to proliferate, and health costs to soar to an unsustainable level. Public health science has found the opposite: that stigma and discrimination against key population groups is what drives the HIV epidemic underground and prevents its elimination.

The Roman Catholic Archbishop of Port of Spain also stated, inaccurately, that all “children are born either male or female.” This suggests that children who are born with intersex conditions are not real, and it ignores several who live as adult citizens—who are labelled one sex at birth by doctors, but go onto to identify with a different gender in later years.

The faith representatives also exaggerated that their congregations represent 90% of the national population, though only one mainline Christian church, one Hindu sect, and one Muslim conference were represented. Regardless to how small a population LGBTI persons or any other group represent, governments have the duty to protect all persons in the national community from discrimination and human rights violations.

The six leaders were convened at the Archbishop’s House by Leela Ramdeen, Chair of the Catholic Commission for Social Justice, and NGO Rebuild TT, led by Gregory Lal-beharie, who chaired the event. We are deeply concerned about this alliance, and the leaders’ judgment.

A well-known woman in the LGBTI community has alleged repeated cyberbullying by a Rebuild TT founder, and shared evidence of this through screenshots of his harassing and coarse posts to her Facebook page that identify him by name. This is not the way of any faith doctrine.

AJD organizations’ communities are of different faiths, political affiliations, racial and ethnic groups, and socio-economic backgrounds. Our groups staunchly support religious freedom, and remain committed to sharing the nation. Religious freedom pivots on a principle the six faith leaders severely mis-apprehend: that the state protects people from the imposition of any faith’s cultural tenets on others, regardless of the power or numbers of that faith. The Seventh Day Adventist, Evangelical and Roman Catholic representatives voiced clear calls for faith tenets to be made into law and enforce them as culture.

AJD members continue to call upon the Attorney General to urgently introduce already drafted legislation that would expand legal protections from discrimination, specifically by adding age, HIV status and sexual orientation to the Equal Opportunity Act, as recommended by the Equal Opportunity Commission. We invite all faith leaders, business, labour, civil society and youth leaders, and ordinary citizens to join others in adding their voices to that call.

The Alliance for Justice and Diversity is led by CAISO: Sex and Gender Justice, Friends for Life, I Am One, Silver Lining Foundation, Transgender Coalition of T&T, Women’s Caucus of T&T, and Womantra. The groups work together to prevent gender-based violence, strengthen school safety, improve policing, and champion protection against discrimination based on age, gender, health conditions and sexuality. 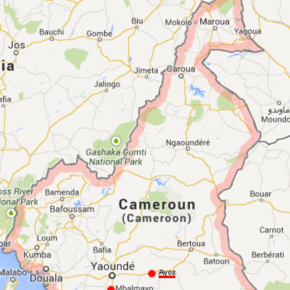