Advocates and opponents of LGBTQ rights are busy in Trinidad and Tobago as the High Court prepares to rule on a challenge to the nation’s law against same-sex intimacy.

With the court ruling expected April 12, Trinidad is the focal point for:

An online petition urging the elimination of that law: “Repeal the Buggery Law in T&T, Support Equality for T&T LGBTQI citizens.”

Denunciations of LGBT rights by the conservative Christian group T&T Cause.

The Trinidad Express reported on the group’s April 4 press conference in an article headlined ” ‘Same sex marriage is a cancer. We must keep the buggery laws’ says T&T Cause.”

People who identify themselves as gay, lesbian, homosexual or transgender should not have the same rights as “normal” people.

That is the view expressed by the Christian non-governmental organisation, T&T Cause.

The group is led by Bishop Keith Ramdass, Bishop Dr Victor Gill and Vernon De Leon and was formed “to resist the tide of immorality sweeping across our nation”.

The NGO held a media conference at Redemption Worship Centre, Chaguanas yesterday to promote their agenda and advertise a rally and march against same-sex marriage, which they say will follow if the buggery laws are repealed.

“Same sex marriage is a cancer. We must keep the buggery laws, if it is removed it is a slippery slope to same sex marriage,” said the group’s communication officer Aquila Holder.

The Trinidad Express reporter, Renuka Singh, had reservations about the group’s position. Singh also concluded that the group expects the High Court to overturn the anti-buggery law:

The group seemed to contradict itself several times, saying that they love and respect gay people but not homosexuality and could not explain that contradiction.

They also contended that if the anti-buggery laws are repealed, it would mean that homosexual rights trumped heterosexual rights.

When asked if the group thought that heterosexuals had more rights than people in the LGBTQ community, they answered in the affirmative.

“Yes, we are saying that heterosexual rights are superior (to LGBTQ rights),” De Leon said.

The group’s ire seems to stem from the expected outcome of the unprecedented case in which gay activist Jason Jones is challenging this country’s homophobic laws. 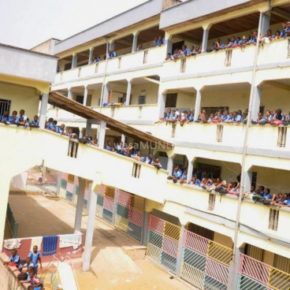