Police in Zambia have launched a nationwide hunt for a couple who are suspected of being lesbians, based on online photos of them posing together.

As a result of the police presumptions, today (Tuesday, Jan. 30) Zambian media reported:

Police in Lusaka are looking for a gay lesbian couple identified as Kachana and Grace Tembo.

The couple have been flaunting their relationship and intimate pictures on social media.
Homosexuality is an offence in Zambia under indecent and laws prohibiting unnatural acts. …

Police launch investigations into the case of two Zambian Lesbians

The Zambia Police Service says officers are looking for the two ladies whose pictures went viral on social media alongside a story purporting that they are in an intimate relationship.

In a statement, Tuesday, Police Spokesperson Esther Mwaata Katongo asked anyone with relevant information which could lead to the arrest of the two ladies to come forward.

Police spokesperson Ester Katongo … says Police officers from the Cybercrime unit have since instituted investigations in the matter involving the two girls.

She has appealed to people with information that may be helpful in the investigations to report to any nearest Police Station so that perpetrators are brought to book.

This is the Zambia police statement:

LUSAKA, 30TH JANUARY, 2018 – There is a picture trending on social media where two girls are reported to have been in an intimate relationship.

In Zambia, it is an offence for people of the same sex to engage in an intimate relationship or sexual affair .

Any person convicted of this offence is liable to imprisonment for a term of not less than seven years and a maximum sentence of fourteen years.

Further, section 155 (a) of the Penal Code under Unnatural Offences, criminalises canal knowledge against the order of nature and anyone found guilty is liable to imprisonment for a term not less than fifteen years while the maximum sentence is life imprisonment.

I wish to state that Police Officers have taken keen interest in the story and pictures circulating in which two girls are reported to have been having an intimate relashionship. Officers from Cybercrime unit have instituted investigations in the matter. We therefore call upon people with information that may be helpful in the investigations to report to any nearest Police Station so that perpetrators are brought to book. 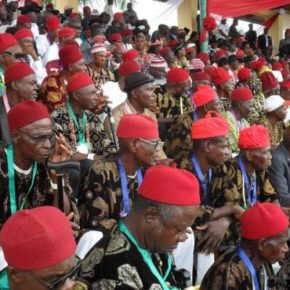