Seeking relief from the harsh conditions and homophobic hostility that LGBTI refugees endure at the Kakuma Camp in Kenya, a group of refugees trekked on foot several miles to the office of the U.N. High Commissioner for Refugees to ask for protection. Meanwhile, the U.S-based African Human Rights Coalition is raising money to help them.

The Trump administration’s suspension of the U.S. refugee admissions program has aggravated the situation for refugees in Kenya, as elsewhere.

“We are in great need of funding to continue to support our general advocacy for 100 LGBTI refugees in Kakuma Camp, Kenya, as well as our list of refugees in Kakuma and Nairobi who have been assigned the USA for resettlement — now caught between a rock and a hard place. These LGBTI refugees went through a long arduous vetting process to be assigned the USA for resettlement. Now what? We are working with each refugee, on a case by case basis, to determine their future.

“THANK YOU for your kind support: DONATE.“

The refugees’ specific concerns include:

Those issues are discussed in greater detail in the article, “Desperate LGBT refugees seek a way out, though it’s ‘suicidal’.”

Nathan said that Trump’s cutback on travel to the United States has been hard on refugees:

“The Trump administration announced new restrictions on visitors from eight countries — an expansion of the pre-existing travel ban that has spurred fierce legal debates over security, immigration and discrimination. Chad, North Korea and Venezuela were added to the expiring and now re-invoked list. The suspension of U.S. refugees continues.

“Just like the prior ban, this new ban is also discriminatory and hence unconstitutional, and adding two non-majority Muslim countries in no way mitigates the clear Trump motive — to keep Muslims out of the United States. …

“The new ban does nothing to protect the US against terrorism. The policy is simply based on lies, myth, with not a single fact to prop it up. It is just the latest in the Trump Administration’s shameful attack on immigrant communities of color.

“Here at African Human Rights Coalition we call on Americans, whether in political office or activists at grassroot levels, to look at the specific and unconscionable hardship this senseless policy has caused to all refugees, and especially already well vetted LGBTI refugees, now caught in a quagmire of legal gymnastics, which has held up their process to such an extent, that for some this could be a matter of life or death.” 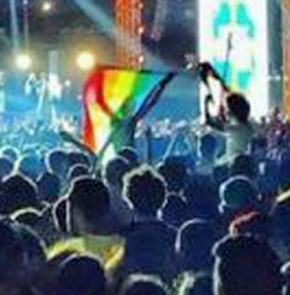 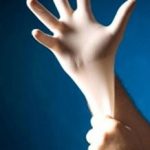