Refugee agencies are moving quickly to transport needy clients to the United States, fearing that federal appellate court judges might slam the door shut in refugees’ faces at any moment.

Flights are being quickly rescheduled to avoid the possibility that the U.S. Court of Appeals for the Ninth Circuit, in San Francisco, might re-impose President Trump’s Jan. 29 executive order suspending admissions of refugees for 120 days.

Steven, an LGBTI Ugandan refugee in Kenya, had been scheduled to fly to the United States on Feb. 14, but that plan was blocked by the executive order. After a federal judge on Feb. 3 issued a nationwide stay of Trump’s travel ban, Steven’s flight was rescheduled for Feb. 9.

The Trump administration has appealed the stay and is scheduled to present its case to the judges of the Ninth Circuit today.

Steven, who fled last year from Uganda to Kenya to escape anti-gay violence, is still homeless. He received the “great news” today that he should report tomorrow for a final medical checkup and cultural orientation.

He still needs financial help getting to those appointments and to the flight, he said. Before the flight, he also hopes to replace torn clothing and torn luggage.

Steven isn’t the only LGBTI African refugee who’s looking forward to quick transit to the United States.   Several refugees have reportedly been rescheduled for travel this week, thanks to the appeals court stay of Trump’s order.

“African HRC has worked on an emergency basis through the weekend with LGBTI refugees and agencies,  providing management, guidance and advocacy to enable the refugees, whose travel had been revoked under the Trump ban, to now continue to travel under the resettlement program. As these LGBT refugees head toward resettlement travel this week, we  are still cautious and guarded,  as this situation remains uncertain and fluid.

“Please note that LGBTI refugees, who have spent two to three years being vetted and screened by UNHCR and the U.S. Government,  face particularly hardship with further persecution, even while refugees, under UNHCR protection, as they are subject to further persecution by local authorities and the heterosexual urban and refugee populations.”

The African HRC is accepting donations to help its efforts on behalf of LGBTI refugees.

Because of Trump’s executive order, Steven is now homeless and has been living on the streets of Nairobi, begging for food.

His opportunity to fly to the United States makes him more fortunate than hundreds of other LGBTI Ugandan refugees who are still stuck in Kenya. 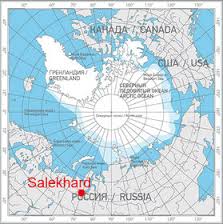