The reported arrests were a continuation of a crackdown by the regime of President Abdel Fattah al-Sisi that started in late 2013, primarily targeting human rights defenders and Sisi’s political opponents. During that period, at least 274 LGBTQ people in Egypt have been targets of police action,  prosecution and hate crimes, according to a tally last year from the advocacy group Solidarity with Egypt LGBTQ+.

Over the years, international response to the crackdown has been muted, although Egypt is one of the world’s biggest jailers of gay men. In May, U.S. President Donald Trump praised Sisi, saying that he has “done a tremendous job under trying circumstances.” In August, after newspapers reported a proposal to block U.S. foreign aid to Egypt because of the country’s human rights record, Trump reportedly called Sisi to express his “keenness on continuing to develop the [U.S.-Egypt] relationship and overcome any obstacles that might affect it.”

The Associated Press reported that Egyptian police made the seven arrests yesterday (Monday, Sept. 25), three days after the concert:

CAIRO — Egyptian authorities arrested seven people Monday who they accused of being gay and promoting homosexuality for allegedly raising the rainbow flag of the LGBT movement at a concert, filing charges even though there is no law officially banning the practice.

The flag was a rare sign of support for highly marginalized homosexuals in this conservative country and it came at a Cairo performance Friday by popular Lebanese indy rock band Mashrou’ Leila, a jazzy, electro-Arabesque group whose lead singer is openly gay.

Activist/analyst Scott Long, who worked for many years in Egypt, said  it’s not yet clear what actually happened at the concert and afterwards. He also criticized international human rights organizations for too long being “disgracefully silent about the crackdown in Egypt.” He wrote:

Here’s some information on the situation in Egypt, as I understand it, based on facts people there have been able to collect.

a) The Egyptian tabloid press started reporting on Monday morning that police had arrested 7 people for hoisting a rainbow flag at the Mashrou’ Leila concert last week. So far, lawyers have apparently not been able to locate these arrestees. The news outlet that first reported the arrests has good connections to the police. But it is still possible that the police or the newspaper were lying, to give the impression that the highly moral Sisi regime is doing something about the “outrage.”

b) I think I can say with personal confidence that if people have been arrested so far, they were not the ones who were holding up the rainbow flag at the concert.

c) People are rightly terrified, including people who were actually at the concert. They need to make rational, informed decisions about their safety. But rumors — or premature, frightening statements from NGOs — won’t help them to do that.

d) This is a new intensification of the same old moral panic about sex and gender that the Sisi regime uses to shore up its support. It’s going to claim victims, if it hasn’t already. I hope external LGBT NGOs who have been (in my view) disgracefully silent about the crackdown in Egypt will be ready to act when it’s clear what is happening. I hope they won’t leap prematurely to create the false appearance of effective action, when in fact they’re planning just the tired, useless same-old same-old. LGBT activists who haven’t yet called for a complete end to European and American military aid to the Egyptian dictatorship: you should have done so four years ago. So: do it now. This horrible story doesn’t give you any new reasons to do so. All the horrors are on record. The facts in this case will come. Today, now, without equivocating, say what you should have said — and didn’t have the courage to — starting in 2013. 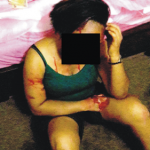 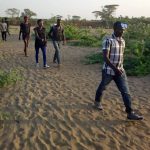