Activists and U.N. officials are mourning the death of Ugandan LGBTQ+ refugee Chriton “Trinidad” Atuhwera, who died April 12 from burns he suffered a month earlier in an arson attack at the Kakuma refugee camp in Kenya.

A few hundred LGBTQ+ refugees in the nearly 200,000-person camp have been targeted by homophobic attacks for years. Atuhwera’s death brought renewed calls for evacuation and improved security for the LGBTQ+ refugees, many of whom live in the camp’s Block 13.

Ugandan activist/poet/academic Stella Nyanzi, herself a refugee in Kenya, reminded Ugandans that Atuhwera “was one of us. Yes, a Ugandan who fled from Uganda because of homophobia died of homophobia in Kenya”:

“Fleeing for one’s safety can happen to anyone at anytime. Nobody is born a refugee! Today you may be in the safety of your own home and your own country. Tomorrow, you may need to flee to for your life from haters who persecute you because of your political choices, religion, ethnicity, gender, sexual orientation or whatever other difference you may have.”

Ugandan gay-rights activist Victor Mukasa, who has been granted asylum in the United States, noted that there have been 45 recorded attacks by other refugees against LGBTQ+ refugees in Block 13 since March 2020.

“Kakuma is a highly hostile environment for LGBTQ+ refugees,” Mukasa stated. “Homophobia and transphobia are a reality there. The attacks are real and brutal. LGBTQ+ refugees are constantly living in fear.”

Activists stated that, during Atuhwera’s first year at the camp, he was assaulted seven times. He was burned twice and was stabbed and stoned several times, they said.

The UN Refugee Agency issued a statement expressing grief about the death:

UNHCR, the UN Refugee Agency, is deeply saddened by the death of an LGBTIQ+ refugee who was the victim of an alleged arson attack on 15 March 2021 in Kakuma refugee camp.

“We are deeply shocked by this tragic loss and wish to express our sincere condolences to the family and friends of the victim. We urge the Kenyan authorities to accelerate their investigation into the alleged attack and hold those responsible to account,” said Fathiaa Abdalla, UNHCR’s Representative in Kenya.

The victim was receiving treatment at the Kenyatta National Hospital. After his admission, it was established that he was suffering from previous health issues for which he was also receiving treatment. Unfortunately, his condition deteriorated and, despite the medical team’s best efforts, he passed away this morning.

The other burn victim is recovering and is expected to be discharged soon.

Amnesty International Kenya on April 13 expressed horror at what had happened:

Amnesty International Kenya is horrified by the death of Chriton “Trinidad” Atuhwera at Kenyatta National Hospital yesterday. Chriton Atuhwera died from injuries he sustained after a homophobic attack on 15 March 2021 in Kakuma Refugee Camp in Kenya.

Amnesty International Kenya had visited Chriton Atuhwera after his evacuation from Kakuma to Nairobi Kenyatta National Hospital for emergency treatment. We offer our deepest condolences to his family, friends and LGBTIQ+ comrades in Uganda, Kenya, Africa and across the world.

Chriton Atuhwera was 22 years old and had fled into exile after facing homophobic attacks, stigma, discrimination and violence in his home country Uganda. A poet, a volleyball player and a fan of Miriam Makeba, Chriton was forced to abandon his degree in Business Administration in Uganda a after he was targeted because of his sexual orientation.

We salute Kenya’s commitment to be a sanctuary country for all regardless of their sexual orientation and gender identity. We call on law enforcement agencies to accelerate their investigations into the fire-bombing of the LGBTQ+ compound in Kakuma refugee camp.

We also call for an independent review of the current and proposed UN Refugee Agency’s (UNHCR) and Refugee Affair Secretariat (RAS) protection and safety measures accorded to all refugees especially sexual monitories. Until the killers of Chriton Atuhwera have been placed in a court of law and camp security measures improve, both the Government of Kenya and UNHCR must continue to be held accountable for the safety lapse that has claimed his life. We remind both agencies and the public, that this killing took place after a series of attacks and complaints had been reported by refugees.

We trust that the security agencies, RAS and UNHCR will fully discharge their responsibilities and obligations under national and international laws. We believe that Chriton’s death was preventable. We ask our members to hold a candle in his honour as we all demand for justice. 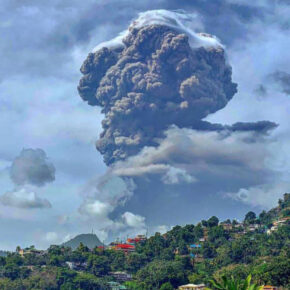