Eleven Tunisian LGBT rights groups have attacked gay presidential candidate Mounir Baatour and his LGBT association, Shams, criticizing them for lack of hostility to Israel, for alleged sexual abuse, and for their tactic of “outing” politicians and others. 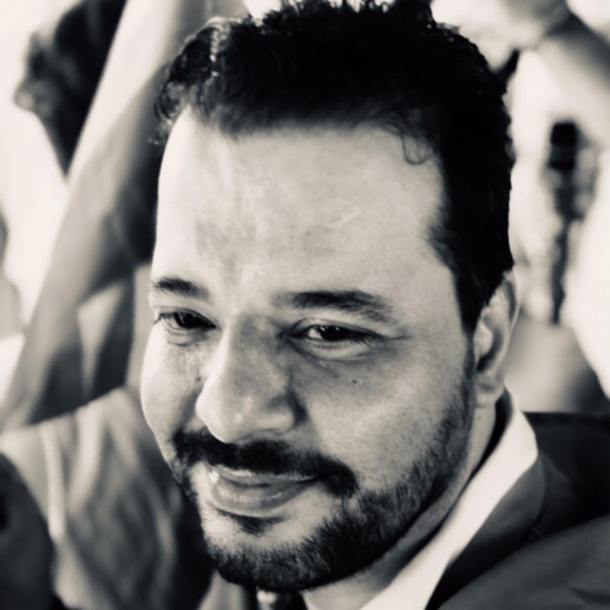 Baatour’s opponents are seeking signatures for an online petition on Change.org titled “Denounce of the candidacy of Mounir Baatour for the presidency.”

The charges against him are similar to the complaints that three of the same Tunisian LGBT groups issued against Shams in 2018.

The main reason for their opposition, according to Baatour, is that he supports Israel’s right to exist.

“Their problem is Israel,” he says. “I accuse them of anti-Semitism. Their petition proves it. They are racists and xenophobes. For me, anti-Semitism is racism.”

As for the charges of sexual abuses and the use of involuntary “outings” of politicians, he says: “Those are not important. Otherwise they would have filed a complaint in court .”

We, activists and NGOs signatories in this petition, do not support Mounir Baatour in his candidacy for the presidential election in Tunisia this year and that this person does not represent in any way the LGBTIQ+ community or our movements in Tunisia.This person, not only does he represent a threat to activism, but he also represents a big danger to our community for the following reasons:

“This is nothing new. They are giving me publicity. I remain positive.”

“We understand how empowering it would feel, having someone from the LGBTIQ+ community openly represent their candidacy for the presidential election in a country, where homosexuality is still illegal, but we would never support someone just because of his sexuality/gender identity/ gender expression without having a deeper understanding of their background,

In addition, we express the wish to see you support our approach to stop fueling the media which is whitening the image of Mr. BAATOUR and which ultimately could harm the fight for the rights of people LGBTQI +

We also invite all members and LGBTIQ+ organizations not to support the nomination of Mounir Baatour by stopping the media coverage happening regarding his candidacy for all the reasons stated above.”

“I am a man of peace. There are more than 200,000 Tunisians in Israel who have neither a Tunisian passport nor the right to vote. It is discrimination and anti-Semitism.

The Jewish people have the right to a homeland within the 1947 borders, according to UN decision number 191. They want to throw the Jews into the sea, as Nasser said in 1956. He is a very anti-Semitic Arab nationalist, very hostile to Judaism. Jews are our cousins. They have the right to live in peace.

My detractors support Hamas, which is for me a terrorist movement that kills Iraqi civilians with missiles sent to Israel to the blind.”

The continent-wide LGBT rights organization Pan-Africa ILGA responded to the dispute by urging activists in the Middle East / North Africa (MENA) region to make sure that the accusations against Baatour are based on firm evidence:

Mounir Baatour is directly linked to [our organization]. Shams, which was founded in 2015, is a registered member of Pan-Africa ILGA. …

However, being an organization that promotes equality for all and condemns every form of discrimination, irrespective of who the perpetrator may be, we call on our members in the MENA region to ensure that there is concrete evidence to back the allegations against Baatour.

Then, on our part, we will do the needful.

These were the initial signers of the petition:

Organizations from other countries:

As of the publication of this article, the online petition had 141 signatures.