Four high-ranking human rights specialists at the United Nations are urging the Tunisian government not to close down the LGBT rights organization Shams.

Shams registered with the government in May 2015, as a nongovernmental organization working to support sexual and gender minorities. On January 4, 2016, a first instance court in Tunis, responding to a complaint filed by the government’s secretary general that Shams was violating the Law on Associations, ordered Shams to suspend its activities for 30 days. On February 23, 2016, the court ruled that Shams was not in breach of the law and lifted the suspension.

On February 20, 2019, the Tunisian government’s head of state litigation appealed, and a hearing is scheduled for March 1.

The case against Shams was delayed until May 3, when Shams’ lawyers gave their reply. A ruling is scheduled for May 17.

At the end of February, four top UN human rights officials wrote to the Tunisian government to ask it to let Shams continue to work.

The letter was signed by:

They wrote that the legal challenges against Shams:

“appear to be in violation of the principle of non-discrimination, the right to freedom of opinion and expression and association as enshrined, inter alia, in Articles 2, 19, 22 and 26, of the International Covenant on Civil and Political Rights (ICCPR), ratified by Tunisia on 18 March 1969.

“They also appear to be in violation of the Decree Law on Associations, adopted by the Government transition in September 2011, which requires associations to ‘respect the principles of the rule of law, democracy, plurality, transparency, equality and human rights’ set out in the international conventions ratified by Tunisia.”

Mounir Baatour, president of Shams, contributed this description of the situation:

Tunisian Prime Minister Youssef Chahed is under pressure from the international community. He has been asked to explain the condition of gays in Tunisia. The UN is getting impatient …

The United Nations has made clear to Tunisian authorities: Respect for the rights of LGBT people and the existence of Shams are not negotiable in international law.

Messages from U.N. officials have seldom been so direct, clear and precise:

“We renew our concern about the allegations of attempts to obstruct the exercise of Shams’ freedom of association […] Please indicate what measures have been taken to ensure that human rights defenders, in particular those defending the cause of LGBT persons, can exercise their rights to freedom of opinion, expression and association to work in a favorable environment.”

Such letters are rarely sent. This one is co-signed by three special rapporteurs, who are among the highest authorities at the United Nations — David Kaye, whose focus is the protection of the right to freedom and expression; Clement Nyaletsossi Voule, focusing on the right of assembly and freedom of association; Michel Font, focusing on human rights defenders — and also Victor Madrigal-Borloz, independent expert on protection against violence and discrimination on grounds of sexual orientation and gender identity. …

Shams, the main LGBTI+ rights organization in the Maghreb and the Middle East, is once again facing a legal imbroglio that threatens its existence on the pretext of respect for sharia law. … Shams is pleased that the international community at its highest levels, is simply reminding Tunisia of what international law demands.

Despite institutional threats, despite burglaries, police violence, rapes and family abandonment for a number of our members, Shams remains determined to defend the human rights goals of the Tunisian revolution.

We were in the street during the Jasmin revolution. We will not let go of our ideals! 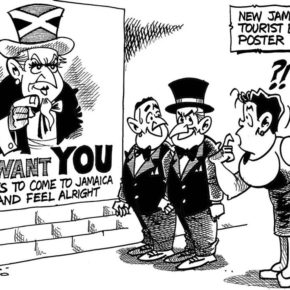