As Tanzanian officials prepare for a threatened round-up of gay citizens, the United Nations’ top human rights official reminded them of their duty to respect the human rights of all people.

Tanzania has duty to protect – not further endanger – LGBT people

GENEVA (2 November 2018) – UN High Commissioner for Human Rights Michelle Bachelet on Friday expressed alarm at the statement by the Regional Commissioner of Dar es Salaam that a committee will be put in place to track and arrest gay people, and to encourage people to report those they suspect of being gay.

“Lesbian, gay, bisexual and transgender people in Tanzania have already been subjected to growing violence, harassment and discrimination over the past two years,” High Commissioner Bachelet said. “And those defending their rights to health, to a life free from discrimination, violence and arbitrary arrest have themselves been increasingly targeted, even arrested.”

“This could turn into a witch-hunt and could be interpreted as a licence to carry out violence, intimidation, bullying, harassment and discrimination against those perceived to be LGBT.”

Bachelet urged the Government of Tanzania to fulfil its duty to protect the human rights of all the people within its territory, including by holding accountable individuals who advocate hatred and discrimination as well as those who carry out violence. The Government needs to ensure that human rights defenders, journalists and health providers are able to carry out their vital work, free from attacks and persecution, she added.

The plan announced by the Government also includes attempts to so-called “cure” gay people – a practice condemned as harmful, unethical and without scientific basis by the Committee against Torture and the World Health Organization. Bachelet warned that this could further stigmatise LGBT individuals.

“I call on the Government and all the people of Tanzania to stand up for the human rights of everyone in the country, regardless of who they are or whom they love,” Bachelet said. “Political, religious and other leaders should work to combat prejudice based on sexual orientation and gender identity.”

* Tanzania has ratified the International Covenant on Civil and Political Rights, the International Covenant on Economic, Social and Cultural Rights, and the Convention on the Elimination of Discrimination against Women, which set out the rights of everyone to freedom from discrimination; to liberty and security of the person; to equality before the law and equal protection of the law; to privacy; to freedom from torture and cruel, inhuman or degrading treatment or punishment; to the right to health, and the prohibition of all forms of discrimination against women, calling on States to eliminate prejudices and stereotypes based on gender. 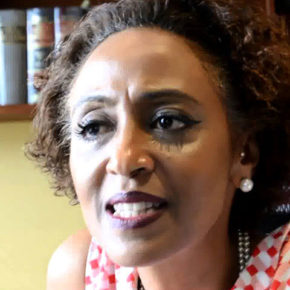