“We will not let the world look away while people are detained, arrested, tortured and even disappear because they are ‘suspected’ of being gay.” That’s why activists are calling for an online “tweetstorm” today, seeking the end to Egypt’s latest wave of anti-LGBT arrests, detentions and trials.

The focus is on the repression following the display of a rainbow flag during a Sept. 22 concert in Egypt by the band Mashrou’ Leila. At least 57 arrests of suspected LGBT and LGBT-friendly people have been reported as Egyptian media fueled outrage over the rainbow flag.

The arrests continue a much longer and more widespread crackdown by the regime of President Abdel Fattah al-Sisi that started in late 2013, primarily targeting human rights defenders and Sisi’s political opponents. By late 2016, at least 274 LGBTQ people in Egypt were targets of police action,  prosecution and hate crimes, according to a tally from the advocacy group Solidarity with Egypt LGBTQ+.
For the tweetstorm protest, Women’s March in Milan, Italy, offers many suggestions for photos, explanations and tweets in various languages, including English:

We stand in solidarity with the LGBTAQI+ community in Egypt.

A rainbow flag was waved at a concert on Sept 22 in Cairo and a wave of repression and violence began. Egyptian media fanned the flames of hate and discrimination.
We will not let the world look away while people are detained, arrested, tortured and even disappear because they are “suspected” of being gay.

Egypt MUST release all those arrested because of sexual orientation and gender identity.

Show your support by tweeting or posting on Thursday Oct 26!
1. Tweet with us on Thursday Oct 26. See sample tweets and tags below or here: https://docs.google.com/document/d/1gUYMdlAsK7d-LYSVamjACJKf0EqZw12efGy5Kj4q06Y. Use these images: https://drive.google.com/open?id=0B7Nk7VqUMLGsLTN1ckZWQ2xuMG8
2. Sign & share the petition: https://go.allout.org/en/a/egypt-lgbt-hunt/
3. Use this profile pic frame on Facebook: https://goo.gl/BD7sAz
Read & share the statement from local activists: http://afemena.org/2017/10/03/statement-human-rights-and-freedom-of-expression-in-egypt-trapped-between-security-services-and-the-media/

That statement appeared on this blog on Oct. 2 in the article “Anti-LGBT arrests: 50+ groups blast Egypt repression.”

As of today, the AllOut petition had been signed by 43,467 people. 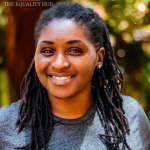