2021 has been a year of slight progress in the fight against anti-LGBTQ laws, with many nations fiercely resisting any acknowledgement that their LGBTQ citizens deserve the same rights as everyone else.

During the year, one nation — the Himalayan kingdom of Bhutan — repealed its anti-LGBTQ law and several other nations seemed close to doing so.

But many nations stubbornly resisted repeated appeals for change and, as the year wound down, Ghana and Senegal were deliberating proposals to increase the penalties that sexual minorities already face there.

This is a quick year-end review of changes in anti-LGBTQ laws in countries covered by the Erasing 76 Crimes news site, which focuses on the human toll of 70+ countries’ anti-LGBTI laws and the struggle to repeal them.

Countries that recently repealed or overturned such laws include:

Namibia, Mauritius and Singapore consider whether to repeal anti-LGBTQ laws 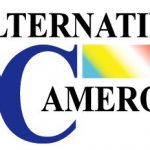