In Cameroon, violent homophobes attack LGBT people, but they don’t stop there. They also attack the families of LGBT people.

Cameroonian LGBT rights activist Dominique Menoga fled to France for his life in 2012 and was granted asylum there. Now three members of his family are also seeking asylum to escape the persecution they face in Cameroon because of their association with him.

This is the first of two articles based on the family members’ experiences:

I am of Cameroonian nationality by both parents, but I know very little of my biological father’s family, because he passed away when I was young.  I lived with the family of my grandmother, Marguerite Biyono Barbare, in the Manguier neighborhood of Yaoundé.

They all were devout, practicing Catholics. My grandmother educated me, as did one of her sons, my uncle Dominique Menoga. In effect, he adopted me, and I consider him to be my father today.

I was still small when it was discovered that he was homosexual. I was traumatized by the beatings and insults that my adoptive father suffered. I saw my grandfather beat him and lock him in the house.

One day, my grandmother told me that I had to go to live with my grandmother’s sisters in Emana. The family wanted to keep me away from “the evil spirit of homosexuality.” They feared that I would become a lesbian.

I was forbidden to bathe myself with my aunts. They did not want me to see them naked, for fear that I would start to like seeing naked women.

In Emana, at the age of 15, my grandmother’s older sister said to me, “You’ll learn how to become a woman here! To love men. If you are sent back to Manguier at your grandmother’s, you will end up like your uncle. You will become lesbian and we do not want that.”

She watched to see if my chest swelled, to see if I had became a woman.

Another of my grandmother’s sisters, Tantine Ekomo, brought in a boy she knew to sleep in my room.

He stayed for three months.  I did everything to push him away, but one night he started touching me. I let it go on so that I would not have to be be told anymore about being a woman, that a woman should have children.

I did not want to see this boy, but I felt obliged to sleep with him every day. I was afraid of getting pregnant, because I feared that if I became pregnant I was going to be kicked out.

After that boy left,  I was relieved. I did not have to pretend to love him anymore.

But two months later, I realized that I had become pregnant. I felt dirty and scared. But my grandmother’s sisters were happy.

“You will become a real woman. You’re starting to make children! ” Tantine Ekomo told me.

In November 2016, I gave birth to a beautiful boy.

I lived in Emana until 2018, when my adoptive father decided to take me away from my grandmother’s sisters after learning about the events related to my pregnancy.

That happened when my father was visiting Cameroon after he became a naturalized French citizen. He took me back to the Manguier district to live with my grandmother.

But the atmosphere there was unbearable. We were the targets of insults and threats because of my adoptive father. People said he is a “faggot” and that we are a family of fags and lesbians.

Several times I was almost raped by young people in the neighborhood, who seek to punish me for my uncle’s sexual orientation.

One day, when I went to the neighborhood market, I was robbed by a young man who grabbed my arm and said, “Give me your money, you faggot girl! “He hit me in the head. I fell to the ground. People around me laughed.

I was ashamed. The money he stole was the money that my adoptive father had sent me for my child.

I was summoned to the police station. I do not know what will happen to me because of all the hatred of my uncle. I do not want to be put in jail.

My adoptive father decided that the most vulnerable people in the family should move to Europe.

I want to live a normal life, but now I fear I will be sent back to the persecutions that I  left behind. I fear not only for myself, but also for my 18-month-old son, who remained in Cameroon, and for other family members there. 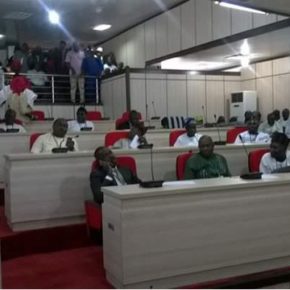