In 2017, LGBTI people in Cameroon were frequent victims of violence and abuse, despite a few signs that Cameroonian homophobia is weakening.

As citizens of a nation that still condemns sex between consenting adults of the same sex, LGBTI Cameroonians face physical and verbal aggression on a daily basis. They often are rejected by their families, evicted from the family home, and denied equal access to justice, education and health services.  In such a homophobic society, LGBTI people often fall prey to predatory blackmailers and extortionists.

Homophobic statements by political leaders aggravate the situation. For example, Issa Tchiroma Bakary, the minister of communication,  declared during one of his numerous press briefings:

“99% of Cameroonians are believers, and all faiths in our country oppose homosexuality.”

He also rejected appeals from other countries to recognize the human rights of LGBTI people:

Despite the dominance of homophobic statements in public discourse that is widely distributed by local media, some dissonant voices are beginning to be heard. Some members of the political elite have appealed for tolerance.

Maurice Kamto, president of the Movement for the Renaissance of Cameroon, declared on television in 2012:

“I’m not bothered about homosexuality. For some Cameroonians, I would say it’s natural for them. They have a certain inclination towards certain sexual practices, which must be respected.”

“The Cameroonian government is raising its homophobic flag every time it is in trouble. For me, though, homosexuality is not a priority in Cameroon. What people do in their own homes isn’t what Cameroonians need to worry about. It is not because there are homosexuals in Cameroon that the country is doing so badly. …

“That said, in Cameroon, people have always been imprisoned for their sexual orientation and even for their opinions. I ask support decriminalization of homosexuality and freedom of the press.”

Discriminatory laws such as Section 347-1 of the Criminal Code and Section 83 Al 1 and 2 of the 2010 law on cybersecurity and cybercrime continue to complicate the daily lives of LGBTI people. Some judicial officers use those laws abusively, such as in the case of  lawyers who refuse to assist LGBTI persons who have been arrested on the basis of their sexual orientation.

At present, seven people are imprisoned at Yaoundé Central Prison on the basis of their sexual orientation.

Campaigns to educate for the general public about sexual minorities have been conducted by many organizations, including the Cameroonian Foundation for AIDS (Camfaids), the Association for Humanitarian Action, Affirmative Action, Humanity First Cameroon, the Association for the Defense of Homosexuals (Adefho), Alternatives-Cameroon, and many others. But anti-LGBTI attacks have not yet ended. Note that many people believe that LGBTI people are mentally ill or, even worse, are possessed by demons.

In July, Camfaids organized a Commemorative Day against Violence Against Human Rights Defenders, with the aim of raising awareness and boosting tolerance toward sexual minorities within Cameroonian society in general.

But the next month the Rassemblement de la Jeunesse Camerounaise (the RJC, or the Movement of Young Cameroonians), led by Sismondi Barlev Bidjocka, a journalist, made a splash in the media by organizing an “International Day for Fighting against Homosexuality,” celebrated on Aug. 21. The RJC’s goal is to hunt down homosexuals and to demand greater penalties against those who practice homosexuality or advocate it.

The Cameroonian government has agreed to include key populations, including gay and transgender people, in the National Strategic Plan for the Fight against HIV / AIDS. But some health institutions and health-care providers are still lagging behind, denying service to sexual minorities.

During 2017, human rights monitors recorded 27 cases of LGBTI people who were denied health care. That figure comes from the National Observatory of the Rights of LGBTI People and their Defenders and from a Global Fund project.

Most religious institutions in Cameroon reject homosexuals, which encourages anti-LGBTI stigma and discrimination.  In the Roman Catholic Church, the National Episcopal Conference, through the voice of its president, Bishop Samuel Kleda, urged all “faithful Catholics and all men of good morality to bar the way to homosexuality ” and called for “zero tolerance of homosexuality.” Among both Christians and Muslims, homosexuality is presented as a threat against social cohesion with potential to destroy the family unit. Worse, “homosexuality can even be equated with sexual terrorism,” according to Cheick Hassan Nsangou, a leader of the Ahl-Ul-Bayt Islamic Community in Cameroon.

Such factors result in a high level of unemployment and a low level of education and training for LGBTI people in Cameroon. Many are homeless because they have been rejected and expelled by the family.

Confronted with this state of affairs, the LGBTI community and some members of Cameroonian civil society have resolved to work in 2018 toward creating a society in which LGBTI people can live in safety, harmony, tolerance and prosperity.  Happy New Year 2018.

In Cameroon, homosexuality is condemned under Article 347-1 of the Penal Code, which calls for six months to five years of imprisonment and a fine of 20,000 to 200,000 CFA francs (U.S. $37 to $370) for anyone who is convicted for sexual intimacy with a person of the same sex.

Article 83 of the Penal Code, enacted in 2010, calls for one to two years of imprisonment and/or a fine of 500,000 to 1 million CFA francs (U.S. $920 to $1,840) for anyone convicted of using electronic communications to propose sexual activity to a person of the same sex. 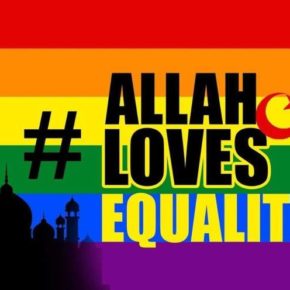