Five LGBTI rights advocates in western Cameroon were arrested last weekend and remain behind bars at the Dschang police station on suspicion of homosexuality.

About 7 p.m. on April 20, plainclothes police  arrived unannounced at a youth center in Dchang and demanded proof of identification from each person there.

At the time, staff members were preparing to go home after closing up the youth center, which is the Dchang branch of the health and human-rights organization Avenir Jeune de l’Ouest, or AJO (Youthful Future of the West), based in Bafoussam, Cameroon.

Police roughed them up, forced them into a vehicle without explanation, and transported them to the Central Police Department of Dschang. They are still being held there. No visitors are allowed.

The work of AJO is to defend the human rights of  LGBTI people and sex workers and to provide them with HIV information, treatment and other services.

François Lele, president and founder of AJO, said that the people arrested include the group’s executive director, three peer educators and a security guard.

Court hearings were scheduled for April 23 and April 24. Specific charges were not announced.

AJO said the raid was conducted in response to accusations from an unidentified individual who made claims about homosexuality at the AJO center. In Cameroon, sexual activity between members of the same sex is punishable by up to five years in prison. In principle, sexual attraction to a member of the same sex  is not illegal, but in practice gay men are often arrested on charges of being homosexual.

The five men are being held in a single cell without beds or a latrine, AJO said. They are suffering mentally and physically. The executive director in particular is experiencing pain in his chest and head. AJO appealed to the police to allow a medical and psychological team to visit the prisoners.

Lele said police are investigating the men by raiding their homes and asking their families about their sexual orientations. The situation has left the local community in distress, in particular “the mystery maintained by the officers stationed at the Dschang Central Police Station around the reason for the arrests of our members and staff and the untimely raids on our homes,” he said.

ALERT !!! Avenir Jeune de l’Ouest is a victim of arbitrary arrests and incarcerations

We are on the seventh day of the incarceration of our members and we will not hide from you the fact that our concern is growing.

We thank the Global Fund through its partnership with Affirmative Action [based in Yaoundé, Cameroon] and all the other partners, for all their moral, nutritional and legal support that we have received.

But all of us are increasingly wracked with fear because there’s no sign that our arrested peer educators [those three, plus the executive director and security guard] will be freed.

The situation is extreme: Tomorrow (April 27, 2018) is the last working day of the week before a very long weekend. If our staff members are not released then, they will spend that day and another four days behind bars before the possibility of their release is considered. On Monday, we begin the two-day celebration of Labor Day (April 30 and  May 01).

Once again, we call for decisive action: Purely and simply, release them!

You may think we are asking a lot, but only through a collective and concerted response  will we succeed in liberating our colleagues and achieving a triumph of justice and human rights.

Steeves Winner, the author of this article, is an activist for LGBTI rights in Cameroon who writes under a pseudonym. You can contact him at [email protected] 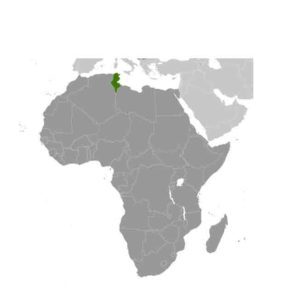 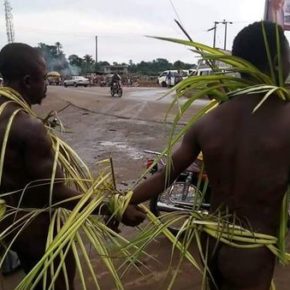