Jones and his attorneys filed the challenge in the Hall of Justice, Port of Spain on Thursday.

“This country guarantees that every creed and race should find and equal place, but the law denies me my equal place,” Jones said.

The law Jones referred to is Section 13 of the Sexual Offences Act which identifies buggery as a criminal offence.

Section 8 (1) of the Immigration Act also prohibits “prostitutes, homosexuals or persons living on the earnings of prostitutes or homosexuals, or persons reasonably suspected as coming to Trinidad and Tobago for these or any other immoral purposes.”

Though the laws are rarely enforced, Jones said their mere existence encourages and fosters a culture of homophobia.

He added that what a person chooses to do with another consenting adult should be no one’s business, including the government.

“The Prime Minister made a comment recently about domestic violence that women should choose their men right and that he is not in people’s bedrooms. But he is in my bedroom,” said Jones. “This law is in my bedroom. So if he says to women, I am not in your bedroom, why is he in mine?”

Jones said in Trinidad and Tobago, members of the Lesbian/Gay/Bisexual/Transgender (LGBT) community face high levels of discrimination and for this to change, the law must be changed.

He added that the laws were originally British colonial laws, but Britain had removed the laws and is this year celebrating 50 years since de-criminalising homosexuality.

He added that religious beliefs should not play a part in the granting of equal rights to homosexuals.

Since publicising his intent to file the legal claim, Jones said he has received death threats and is concerned for his safety. He added that his family has all but washed their hands of him, and his decision to challenge the laws have affected his quality of life.

But he said, he intends to see it through to the end.

“It is a human rights issue. It is about my right to live my life as I choose. Somebody has to do it. So I am doing it.”

Jones’ challenge is not a first for Trinidad and Tobago.

Last year, Jamaican attorney Maurice Tomlinson made a case to the Caribbean Court of Justice (CCJ) that he had been prejudiced in the enjoyment of his right as a CARICOM national to enter Belize and Trinidad and Tobago, due to the Immigration Acts which include homosexuals as a class of prohibited persons. Tomlinson sought an order for both countries to amend their Immigration Acts.

The claim was dismissed after the CCJ ruled that Tomlinson had not been prevented from entering either country and had done so several times in the past without hindrance.

Jones said he grew up in Port-of-Spain and faced almost daily homophobic bullying and threats of violence because he was gay.

“My family made me homeless and I have been lucky enough to be able to rebuild my life in the United Kingdom, a modern and tolerant society, where I am protected and live my life free and equal.

“I have the opportunity now to help my fellow LGBT Trinbagonian citizens find an equal place in Trinidad & Tobago.

I undertake this challenge in the hope that our country will respect my rights to love whomever I choose,” Jones said of his constitutional claim. 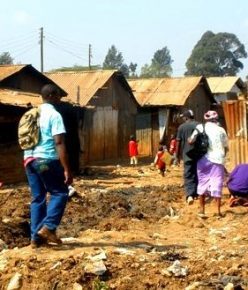