The newly launched online radio service of Tunisia’s LGBT rights group Shams (“sun” in Arabic) continues, undaunted by threats and attempts to shut it down.

Thanks to ILGA’s LGBulleTIn for this news:

In the last weeks of 2017, the Tunisian LGBT rights group Shams made headlines worldwide as it launched what was reported to be one of the first online radios dedicated to rainbow communities in the Arab world.

Since its first broadcast on December 19, however, Shams Rad has resisted numerous challenges and attempts to shut it down: “(We) received more than five thousand death threats, plus threats to burn our radio headquarters,” said Shams’ president Mounir Baatour.

A complaint was also filed against the human rights group by the Secretary General of the National Union Council of Imams, who claimed that the launch of the radio station “constitutes an imminent danger for our values ​​and our religious and social identity”. Soon after that, rumours about an imminent shutdown began circulating, and were later dismissed by a spokesperson of the Ministry of Interior.

Despite these challenges, the station persisted: “There is nothing out there that talks about the LGBTQ community honestly,” Bouhdid Belhedi, the executive director of Shams, told Thomson Reuters. “This gives people a way to defend our community, and we need this for Tunisia and the Middle East.” 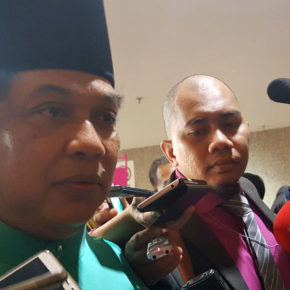