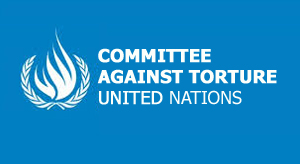 The committee, which evaluates countries’ compliance with the Convention on Torture and Cruel, Inhuman and Degrading Treatment (CAT), released its “Concluding Observations,” on May 15, 2016. They are based on an assessment of the Tunisian government’s report on its efforts to combat torture and the reports of non-governmental organizations that work on issues related to torture in Tunisia, including Human Rights Watch. The concluding observations, in French, call on Tunisia to revoke article 230 of its penal code, which criminalizes sodomy, and to prohibit the invasive medical examinations, “which have no medical justification and cannot be consented to freely.”

All seven men were convicted under article 230, although their sentences were reduced on appeal.

One of the Tunisian men Human Rights Watch interviewed, “Mehdi” (not his real name), said that when he was forced to undergo the exam – with two police officers watching as the doctor forcibly penetrated him, “I felt like I was an animal. I felt I wasn’t human…. [I was] completely in shock. I couldn’t absorb what was going on. … I felt violated.”