Research by Kenya-based investigative reporter Jack Okinyi has turned up new evidence of the lies perpetrated by Fred Odinga, who has received thousands of dollars in financial support from people and organizations responding to his accounts of being the victim of violent anti-LGBTI persecution.

Fred Odinga, a Kenyan who claimed to be a gay LGBTI rights activist and journalist, has defrauded several organizations by falsely claiming to be a victim of persecution.

Odinga received thousands of dollars worth of contributions from well-wishers after he appealed for protection against allegedly violent and powerful enemies in Kenya who were against his purported LGBTI activism.

Our investigations have exposed Odinga as a fraudster who forged numerous official-looking documents to prove a nonexistent case.

We interviewed several people in Kenya — in Malindi, Nairobi, Siaya and Kakamega — where Odinga is said to have faced problems over his LGBTI activism, but none of the stories or documents he had submitted proved to be genuine.

In documents he submitted to the organizations while seeking support, Odinga claimed that he suffered multiple injuries in an attack last year in Kakamega, a town in western Kenya. He further claimed that after he and other witnesses testified against three men charged with the attack, the three defendants were found guilty and each was sentenced to a year in prison.

Odinga claimed to be facing persecution and threats over his role in seeking justice for Muhadh Ishmael, a teenager with both male and female physical characteristics who Odinga said had died after being assaulted by relatives because he acted as a gay man rather than obeying their demand that he behave as a woman.

Odinga claimed to be the victim of an attack on Jan. 18, 2016, after a weeks-long barrage of death threats from anonymous callers. The alleged death threats began in response to his alleged report to Malindi police on Dec. 31, 2015, that Muhadh had been kidnapped and mutilated by family members. In response to Muhadh’s death and Odinga’s account of interviewing Muhadh before he died, police reportedly arrested three family members on murder charges.

Our investigations, however, revealed that the story was fraudulent. Even the death of Muhadh may not have occurred, at least not as Odinga described it.

No record of the death of Muhadh could be found in the Malindi police station Occurrence Book (OB).

The Erasing 76 Crimes blog contacted a person in Mombasa with knowledge of the case, but that person was unable to confirm Odinga’s report of the attack and death of Muhadh.

An LGBTI activist from western Kenya said that she worked with Odinga on a fund drive that collected mPesa mobile money to pay for Muhadh’s burial. “Odinga and I were the part of committee who collected contributions for his/her burial,” the activist said. Separately, Odinga worked with the blog on a second fundraiser, which asked readers to contribute to the costs of Muhadh’s burial and a post-mortem. That online fund drive raised $260, which was sent to Odinga on Dec. 29, 2015.

The report also cites toxicology results from “(Coroner): Dr. John Vuyule” and a telephone number for him. The term “coroner” is not used in Kenya and the telephone number given is not Kenyan.

The report cites chemical pathology results from Kilifi County Hospital, which is  60 kilometers south of Malindi, but also a previously unnoticed mention of “Hospital: Letterkenny General,” which is in Ireland. The post-mortem report apparently was downloaded from the internet and the fraudster did a poor job at altering it to appear to be from Kenya.

Odinga claimed Omutachi, Amencha and Omollo were jailed for one year each for attacking him and causing him grievous bodily harm.

Our inquiries with judicial officials exposed the written verdict as a forgery. A senior official at Kenya’s Judicial Service Commission said there was no record of such a case in Kakamega. He added that there was no magistrate in Kenya by the name Alice Kioko.

“The purported judgment is fake,” said the officer. Further, he added, “Judgments are never printed on such letterheads.”

In his narrations about the supposed assault trial in Kakamega and a murder trial in Malindi, Odinga said he was represented by attorney Kennedy Ochieng-Okello, who was assisted by three other attorneys who accompanied Odinga to court sessions.

None of the people whom Odinga described as attorneys, including  Ochieng-Okello, is listed in the Law Society of Kenya’s search portal, who includes all the country’s practicing attorneys.

It is obvious they are not genuine advocates in Kenya.

Emails sent in the name of Ochieng-Okello provided copies of the alleged Kakamega verdict and a similar written verdict for the Malindi murder trial, as well as alleged prison warrants stating that the convicted defendants were incarcerated.

We contacted a prison official and showed him the Kakamega Prison warrants for supposed convicts Omutachi,  Amencha and  Omolloto, who allegedly were convicted of assaulting Odinga.

Otete said, “I have never seen such warrants. They have the Kenya Prisons logo instead of the Kenya Coat of Arms. No signatures of the magistrate or even the court which committed them to prison.

In Odinga’s account, several armed men attacked his family in Siaya on Sept. 2, 2016, killing his brother, Bill Nelson, as revenge for Odinga’s actions. Odinga sent the blog a copy of an alleged burial certificate as proof of that account.
But Herbert Oreng, a senior official at the Registrar of Births and Deaths headquarters in Nairobi, could find no such record of a death in their database.
In addition, the document bears a stamp, but burial permits are never stamped.
Oreng also noted a curious entry in the alleged burial permit: It is dated “02-09-16” — the day when the Bill Nelson reportedly died. Burial permits are not issued on the day of death, but when a body is removed from the mortuary for burial. At the time, Odinga had said the burial was on Sept. 4 or later and was “hurriedly done for fear of attack.”
Odinga’s response
After the publication of the blog’s earlier exposé of his scam, Odinga contacted the blog and acknowledged “I have told lies and misled you and other people,” but claimed that some portions of his accounts were true. He said he is working on a statement that will clarify “all the parts of the story about myself that are true and all the parts that are not true.”

This article includes information from Colin Stewart, editor/publisher of the Erasing 76 Crimes blog, who also edited the article. 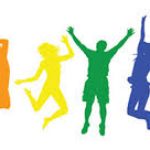