IDNOWA Co-chair Ngozi Nwosu-Juba told the group that the network’s vision was its driving force. To work toward the goal of an open-minded, loving society, the fledgling organization named “champions” for each of the 10 West African nations represented in IDNOWA.

On Aug. 24, there was an introductory session for delegates to share their personal stories and outreach programs to support their fellow LGBT people. The participants who were from Benin, Nigeria, Ghana, Sierra Leone, Liberia, Gambia, Burkina Faso, Cote d’Ivoire, Mali and Togo told passionate stories of judgment, denial, shame, violence, rape, hatred and pain.

Participants on Aug. 25 focused on developing religious texts aimed at pushing for LGBT rights advancement and acceptance on the continent. As part of events lined up for this diversity event, the first-ever LGBT-specific interfaith worship in West Africa was held with IDNOWA Co-chair Davis Mac-Iyalla presiding. …

Mac-Iyalla added he “saw the need to start the network because both state and other key players in West Africa are using religion as a weapon of discrimination against LGBT people in West Africa.”

“IDNOWA was like the long-awaited messiah in West Africa; our network is embraced by everyone who wants a change in attitude for a fairer and inclusive society for everyone,” Mac-Iyalla told Blade on the need for IDNOWA.

In a report on last month’s event, IDNOWA stated:

The brothers and sisters from ten countries in West Africa … told passionate stories of judgement, denial, shame, violence, rape, hatred, and pain. They spoke about how they overcame, found and embraced love, solidarity, faith in God, acceptance, recovery and values clarification. In all of these stories, they claimed that their personal challenges had brought them closer to God. One participant said that through it all, “God has been my pillar.”

Work on the project was already under way a year ago, when the network included members from Nigeria, Togo, Ivory Coast, Ghana and Liberia.

The network’s founder and co-chair is Anglo-Nigerian gay Christian activist Davis Mac-Iyalla, an Anglican who often travels internationally to speak about the plight of LGBTQI Christians in West Africa.

The other co-chair is Nigerian human rights activist Ngozi Nwosu-Juba, project director of Vision Spring Initiatives, who advocates for the rights of women, girls and other vulnerable groups. 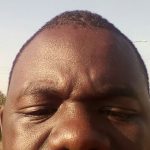 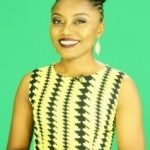