In response to the recent suicide of queer activist Sarah Hegazy, the Egyptian and Sudanese LGBTQ+ Bedayaa Organization criticized mistreatment of LGBTQ+ Egyptians and called for domestic and international reform to protect LGBTQ+ citizens and refugees.

Bedayaa Organization, a Nile valley-based LGBTQ+ advocacy organization, released a statement following queer Egyptian activist Sarah Hegazy’s suicide earlier this month (June 14). The organization, which provides legal aid, HIV testing, and other support to LGBTQ+ Egyptians and Sudanese, calls on international nonprofits and human rights-defenders to condemn the anti-LGBTQ+ violence in Egypt and to eliminate the legal discrimination and imprisonment of LGBTQ+ Egyptians.

Egypt’s Law 10 of 1961 does not explicitly criminalize homosexuality, but forbids “engaging in, soliciting, or providing facilities for debauchery and prostitution.” The law was created to prohibit male sex-work, specifically, but is broad and vague enough that police and prosecutors employ it regularly to persecute and imprison LGBTQ+ Egyptians.

Following the 2011 revolution, the LGBTQ+ community enjoyed relative safety and openness under President Mohammed Morsi, who lacked the statewide control to strictly enforce the anti-“debauchery” statute. In 2013, however, General Abdel-Fattah el-Sisi deposed Morsi and took control of the country. Under his regime, gay and transgender people have been routinely arrested and imprisoned for violating Law 10 of 1961.

Sarah Hegazy’s story emphasizes the trauma that Law 10 of 1961 has inflicted on the LGBTQ+ community in Egypt: even those fortunate enough to escape Egypt face the long-term psychological consequences of their time imprisoned under the statute. Bedayaa Organization demands that asylum-granting countries consider the post-traumatic experiences of asylum-seekers when helping LGBTQ+ refugees transition to life in a new country.

With a sad and heavy heart, Bedayaa Organization mourns the loss of the queer, Egyptian activist, Sarah Hegazy. May her soul rest in peace, and we hope that her family, friends, and loved ones will have the strength and fortitude to bear this tragic loss.

In October 2017, Egyptian police forces arrested Sarah Hegazy after waiving a rainbow flag at Mashrou’ Leila concert in New Cairo. Other 75 persons were arrested with Sarah; most were fined on charges of habitual debauchery, incitement to debauchery, and public indecency. Sarah was eventually freed on bail after three months of torture, physical, sexual and verbal abuse in prison. In 2018, the persecution and social stigma forced Sarah to leave Egypt and seek asylum in Canada. As a result of this traumatic experience and isolation in exile, Sarah decided to take her life.

Egypt’s human rights situation in general has significantly deteriorated since 2013 when the Sisi regime came to power; violations including killing, enforced disappearance and torture are committed by the state against human rights defenders and activists to control the civil society movement and prove the national sovereignty.

Dramatically, the recent local and international response of support and solidarity with Sara’s loss has given rise to a new wave of hate speech and discrimination in social media platforms without protection from the state.

In such a desperate situation, we do commiserate with our communities in Egypt and all over the world about the difficulties we face, but then fall back on working and advocating for our cause, and agreeing that in the end, ‘PRIDE rises from oppressions’. Therefore, we call on our local, regional and international partners and allies to take actions as follows: 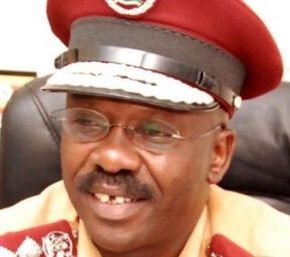