The 64th session of the African Commission on Human and Peoples’ Rights (ACHPR), held in Sharm El Sheikh, Egypt, was a sad time for the African continent’s human rights body.

Human rights defenders boycotted the session to express their dissatisfaction with the commission’s decision to cancel the observer status it had previously granted to the Coalition of African Lesbians (CAL).

Many defenders also objected to the homophobia and hostility to human rights that are prevalent in Egypt, which is currently taking its turn as leader of the African Union.

At the ACHPR’s previous session, held in Banjul-Gambia in October 2018, the commission’s independence was thrown into question after it bowed to political pressure by canceling the observer status of CAL.

That decision, which had been encouraged by the current head of the African Union, Egyptian President Abdel Fatah al-Sisi, shocked human rights defenders. The large community of human rights defenders, especially advocates for LGBTI people, had decided to boycott the April 24-May 14 session of the ACHPR in Egypt unless CAL’s status was reviewed.

Some LGBTI rights advocates who decided to attend were stymied when Egypt refused to issue visas to them.

No Egyptian human rights defenders could been seen during the session.

Other defenders were denied badges to enter the conference room to share their frustration, as reported by a judge of the African Court of Human Rights who decried such hostile and irregular behavior by the Egyptian state.

Overall, the 64th session of the African Commission on Human and Peoples’ Rights was a misfortune for human rights and even more so for defenders of LGBTI people in Africa.

Steeves Winner, the author of this article, is an activist for LGBTI rights in Cameroon who writes under a pseudonym. Contact him at [email protected].

Related articles about the rejection of CAL: 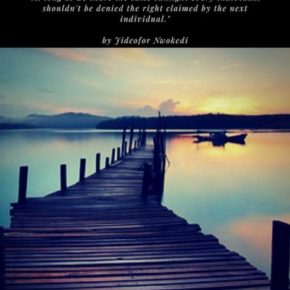