The Egyptian government refuses to acknowledge that LGBT people exist, even as it continues to arrest them.

The Egyptian government is refusing to recognize the existence of lesbian, gay, bisexual, and transgender (LGBT) people, flouting its responsibility to protect the rights of everyone.

On March 12, during its third Universal Periodic Review (UPR), where members of the United Nations Human Rights Council weigh in on countries’ human rights records, Egypt rejected recommendations by several states to end arrests and discrimination based on sexual orientation and gender identity. Additionally, Egypt responded that it “does not recognize the terms mentioned in this recommendation,” denying the existence of sexual orientation and gender identity.

This outrageous statement from Egyptian officials comes at a time when the COVID-19 health crisis is threatening already vulnerable groups, including LGBT people detained in Egypt’s prisons on grounds of sexual orientation and gender identity.

Bedayaa, a Cairo-based LGBT rights organization, documented 92 arrests for alleged same-sex conduct in 2019 under Egypt’s “debauchery” law. According to Bedayaa’s report, 69 percent of those arrested were “picked up randomly on the street,” indicating that Egyptian authorities are discriminating against people based on their gender expression.

During the same UPR cycle, Egypt claimed that it “upholds human rights without discrimination.” But how can this be true as LGBT rights are human rights?

The African Commission on Human and People’s Rights explicitly calls on member states, including Egypt, to protect sexual and gender minorities in accordance with the African Charter. The UN Africa Group and others reviewing Egypt at the UPR should take note of the country’s unabashed refusal to acknowledge LGBT rights and press Egypt to live up to UN and African human rights standards by upholding sexual orientation and gender identity issues. 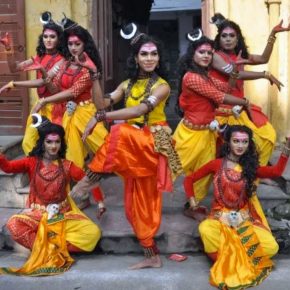