Zimbabwe: Court rules in favor of trans woman who was arrested for using the ladies’ toilet in a bar. Award: U.S. $400,000. (iHarare)

Turkmenistan:  Doctor retracts statement that led to police probe and a two-week disappearance after he acknowledged he is gay. (Radio Free Europe)

Zambia (commentary by Kapya Kaoma): Instead of backing away from gay rights, presidential candidate Hakainde HichilemaI should declare that he would be a president for all Zambians. (Lusaka Times)

Lebanon: Nationwide protests that have thrown Lebanon into political and economic turmoil could end up being an opportunity for the LGBT+ community, according to the head of the country’s most prominent LGBT+ rights organisation. (Thomson-Reuters Foundation/Openly)

Indonesia: Court rejects lawsuit by student journalists who were fired for publishing a short article about a lesbian relationship. (Jakarta Post)

Jamaica: Both sides in gay-rights dispute agree that a national referendum would be a bad idea. (Gleaner) 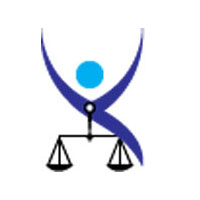