A human rights organisation is protesting an anti-LGBT initiative by the mayor of the West Javan city of Depok, saying that he is encouraging anti-gay discrimination.

Mohammed Idris, the mayor of Depok in the metropolitan Jakarta area of Indonesia, has instructed city agencies to investigate LGBT activities and this month asked citizens to report LGBT behavior.

He said he was concerned about “violence against children and an increase in HIV / AIDS sufferers.”

Indonesia’s National Commission on Human Rights, known as Komnas HAM, says he could be opening himself up to discrimination cases.

The mayor of Depok since 2011, Mohammed Idris has a background steeped in Islamic beliefs, which he teaches to university students.

Indonesian news source Coconuts reported Komnas HAM Commissioner Beka Ulung Hapsara as saying that Mayor Idris had confused pedophiles with LGBT people, who have been targeted in an wave of anti-gay sentiment sweeping the country, fueled by militant religious conservatives.

The misconception that LGBT people are pedophiles — people attracted sexually to minors — is not unique to Indonesia. With the advent of the Internet, that misunderstanding has become more brazen and widespread.

Although it may seem quaint to more liberated minds, the reality is that the confusion about pedophiles opens sexual minorities to attacks as concerned citizens seek to protect their children.

At the same time, stigma against gay people hampers HIV testing and lays the groundwork for the spread of the virus in the LGBT community and beyond.

The mayor told reporters in Depok City Hall on 7 January:

“[My instruction was issued] because of complaints from the public, worried about violence against children and an increase in HIV / AIDS sufferers.” He said he was motivated by the disease, not by anti-LGBT sentiment.

But in March 2018, the mayor issued an initiative entitled “Strengthening Family Resilience Against Sexual Deviant Behavior.”

Since “deviant behaviour” is a vague term, it is easy to see how religious conservatives such as Idris could equate same-sex intimacy as being deviant since it doesn’t fit his ideals as a believer of the Islamic faith.

However, Indonesia does not have a law against homosexual activity, except a few cities and in Aceh province, which is ruled by Sharia law.

Komnas HAM has reminded Mohammed Idris that Indonesia’s constitution mandates that the government must protect all citizens, regardless of sexual orientation.

Lloyd Copper is an Australian writer with a passion for promoting awareness of international LGBTI issues. He has a background in journalism and social work. He is a co-administrator of the Anonymous LGBT Legion Facebook page and has previously written for Queensland Pride, an LGBTI publication and Scenestr, an Australian arts publication. 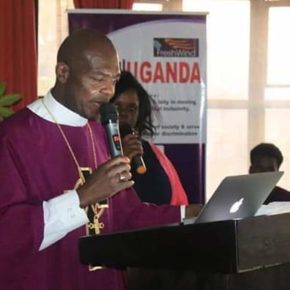