A new wave of arrests demonstrates the rising influence of Indonesia’s anti-gay politicians and religious leaders.

The arrests were the latest incidents in a widespread anti-LGBT campaign, which is described below by Kyle Knight, LGBT rights program researcher for Human Rights Watch (HRW):

Local decrees propose handing over lists of allegedly gay and bisexual men to authorities, changing school curricula to teach falsehoods about and hatred of LGBT+ people, subjecting gay and trans people to medical intervention to change their sexual orientation or gender identity, censoring speech about their rights, and other measures supposedly to combat the “LGBT+ threat”.

A related attack on the human rights of LGBT Indonesians was the recent shutdown of a beauty pageant in Bali that was aimed at promoting HIV education and equality. Voice of America reported that the shutdown generated “concern among some in the LGBT community that Bali is no longer a safe place.”

“I thought Bali will have that space for us to be ourselves,” said [an LGBT Balinese native] who recently moved back to the island from Muslim-majority Java. He [said] it “actually turns out to be Bali doesn’t have that immunity anymore, doesn’t have that bubble anymore to protect ourselves.” …

Many local cultures in Indonesia have traditionally had fluid understandings of sexuality beyond a binary of heterosexuality and homosexuality. This has, however, eroded in recent years with the rise of more conservative strains of Islam. Intensified anti-LGBT sentiment has also been accompanied by rising infection rates of HIV/AIDS.

Knight at HRW wrote on Nov. 6 about the 10 arrests and what preceded them:

Over the weekend, 10 women accused of being lesbians were arrested in West Sumatra, after a police trawl of Facebook threw up pictures of two of them kissing and hugging.

And last month, police in Bandung, the capital of Indonesia’s West Java province, raided the private home of two men and arrested them for allegedly running a Facebook group for same-sex couples. Police confiscated mobile phones and condoms during the raid and said the men would be charged for distributing indecent material on the internet.

This may seem absurd and abusive for a country that touts a motto of “unity in diversity” and has had lesbian, gay, bisexual, and transgender (LGBT+) rights groups operating since the 1980s. But these arrests are nothing new in Indonesia – far from it.

In October, government officials in various regencies of West Java – the country’s most populous province, with more than 46 million people – publicly called for policies that would target LGBT+ people for arrest and “rehabilitation”.

Local decrees propose handing over lists of allegedly gay and bisexual men to authorities, changing school curricula to teach falsehoods about and hatred of LGBT+ people, subjecting gay and trans people to medical intervention to change their sexual orientation or gender identity, censoring speech about their rights, and other measures supposedly to combat the “LGBT+ threat”.

When queried on the matter of gay and trans people and organisations in the province, Governor Ridwan Kamil said he wanted to “eradicate such things”.

The arrests form part of a larger national trend.

The vast archipelago has been engulfed by a government-driven moral panic about gender and sexuality for the past three years. Politicians, government officials and state offices have issued anti-LGBT+ statements calling for everything from criminalisation and “cures” for homosexuality, to censorship of information related to gay and trans individuals and activities.

The current tension began nationally in January 2016, when Indonesia’s higher education minister Mohammed Nasir tweeted that he wanted to ban all LGBT+ student groups from university campuses. Within two months, dozens of public officials had contributed to a cascade of anti-LGBT+ vitriol. Defence minister Ryamizard Ryacudu labeled gay and trans rights activism a “proxy war” on the nation led by outsiders, and more dangerous than a nuclear attack.

Throughout 2017, police across Indonesia raided saunas, nightclubs, hotel rooms, hair salons and private homes on suspicion that gay or trans people were inside.

Militant Islamists often tipped off police or accompanied them during these raids. In 2017, police apprehended at least 300 people because of their presumed sexual orientation or gender identity – a spike from previous years and the highest number ever recorded in Indonesia.

Two men were publicly flogged, for allegedly having sex in Aceh province, the country’s only region where Sharia (Islamic law) is fully enforced.

The combination of anti-LGBT+ rhetoric, public torture of gay people, and police targeting private spaces has wrenched away what little public health infrastructure there was. This is bad news: Indonesia’s HIV rates in men who have sex with men has spiked five-fold over the past decade.

LGBT+ people in Indonesia have historically lived with intermittent bouts of animosity, but tolerant social attitudes provided a shield that typically prevented outright violence. Some ethnic communities have always recognised non-binary genders – the Bugis language in Sulawesi Island has five words for gender. Despite attempts in recent years through the Constitutional Court and parliament, the government has never criminalised adult consensual same-sex conduct.

So where is this rising intolerance in Indonesia coming from?

President Joko “Jokowi” Widodo maintains that Indonesia is a beacon of moderation and tolerance. But he has repeatedly failed to protect the rights of the country’s beleaguered minorities. In fact, successive governments have failed to effectively respond to harassment, threats and violence by militant Islamists against religious, ethnic and sexual minorities.

Indonesia’s presidential election in April 2019 could mean an uptick in politicians scapegoating LGBT+ people for cynical political gain. If the past three years are any evidence, the verbal threats politicians issue can quickly metastasize into physical attacks. 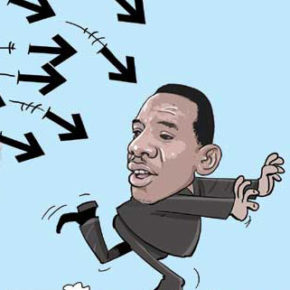