A Nigerian pastor has been stripped naked by homophobes and subjected to online abuse because of his sexual orientation.

Screenshots from video of Nigerian pastor humiliated by homophobes. His face and genitals have been obscured in these images to spare him from further humiliation.

Blackmail, extortion, “jungle justice,” public disgrace and humiliation are some of the experiences of gay people in Nigeria. Even though these are all crimes, perpetrators often enjoy impunity. The innocent victims are ridiculed and their rights abused because some people believe that homosexuals deserve to be punished for who they are.

A pastor (name withheld) from the Aguata Local Government Area in Nigeria’s Anambra State is the latest victim of jungle justice in Anambra State, because of his sexual orientation.

The specific date and time of the incident have not yet been confirmed, but the Nigerian LGBT rights website NoStringsNG has reason to believe that the video was recorded recently.

According to the conversations in the video, it appears that the pastor was outed by a member of his church.

A few seconds later, the group of men threw him a pack of condoms and asked what he uses it for. He acknowledged that he uses them during sexual intercourse with men.

The ignorant homophobes who decided to take the law into their own hands showed the pastor no mercy. They kept slapping and abusing him and accused him of being a ritualist.

This article includes no link to the video in order to avoid further humiliation for  the victim. We have obscured the pastor’s face and genitals in the screenshots above.

We repeat here last year’s appeal for an end to such videos, issued by the Rev. Jide Macaulay, a Nigeria-born LGBTQ rights activist currently living in London:

The Nigerian LGBTQ community are living daily in despair. These sad occurrences are becoming more prevalent and more boldly the attackers are recording and posting this on social media. This is a bid to send terror into the community.

Jungle justice not only affects the LGBTQ community but is often used when there is no accountability for law and order. …

These incidents are crimes. Police and those who attack LGBTQ people feel justified in doing this, especially following the Same-Sex Marriage Prohibition Law and many oppressive religious messages that urge people wipe out gays.

Needless to say, this is clearly a breach of human rights. The government of Nigeria need to do more to preserve human rights and the dignity of its LGBTQ citizens. …

Sadly, a majority of the victims in Nigeria do not wish to press charges, since they then could face public persecution. The terror against LGBTQ persons is unbelievable. Sadly there are no safe places or safe houses in Nigeria.

Macaulay’s LGBTQ-friendly church, the House of Rainbow, previously supported a safe house in Nigeria, but that location was closed because of a funding shortage. 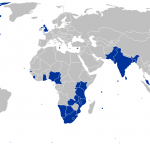 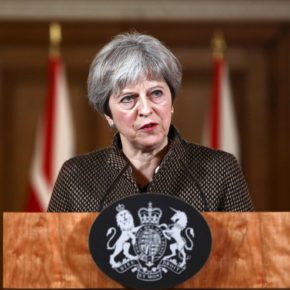