Saleh Al-Bayati, 29, a gay Iraqi Kurd refugee, never could have imagined that he would someday dress as Baba Noel in the United States. But this month he did just that, to the delight of 16 children of two Muslim Afghan refugee families in San Diego. (Read more.)

Family forced him to marry; he chose death instead

Sajjad, a young Bangladeshi man, was full of life, forever beaming with a smile and good humour, who never stopped battling through life’s tempests and making time to serve people around him. Until one day the battle became too much for him. (Read more.) 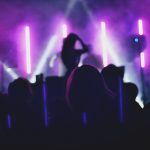