While anti-LGBT violence rages in Chechnya, a deafening silence is the response of people who claim that, while they value LGBT lives, they need to defend traditional family values by opposing LGBT rights. But if they don’t speak up now, it will be obvious that they don’t really believe gay men deserve the right to live dignified lives protected by the rule of law.

Last year, I raised the issue of the media’s selective attention to LGBT victims after the murder of two employees of Bangladesh’s first LGBT magazine made international headlines. Until then the rising tide of violence by Islamic fundamentalists in the country had been largely ignored. Similarly, when gunmen killed seven and injured twelve in a gay bar in Veracruz, Mexico in the wake of the Orlando massacre, the reporting largely missed the 20,000 drug- and gang-related homicides which occur there every single year. “LGBT exceptionalism” can be defined as a selective focus on LGBT victims while ignoring a generalized context of human rights violations.

The Universal Declaration of Human Rights affirms in law the unique worth of every single individual. We are called to stand up against all human rights violations and fight all forms of prejudice, discrimination and violence, not just those against “our people”.

As first-hand testimonies of the extent of the human rights violations against gay men these past few months in the semi-autonomous republic of Chechnya are emerging, we are witnessing how the opposite to “LGBT exceptionalism” remains the norm. People who would usually stand against any attempt at “population cleansing” remain silent when such violations affect gay men.

While there is an ongoing human rights crisis in Chechnya exemplified by attacks on human rights defenders, lawyers, and journalists, the severity of these specific allegations against the authorities is unprecedented. They are suspected of bias-motivated systematic and sustained violations against an already marginalized and vulnerable group. Gay men are allegedly being entrapped, abducted, tortured and handed-back to their family by the police force with instructions to kill them if they manage to survive their imprisonment in order to cleanse the population from homosexuals.

The few detailed stories beatings, torture and electric shocks we hear are a heart-breaking reminder of what gay men suffered at the hand of the Nazis not so long ago. Then too “male homosexuals were constantly beaten, had their testicles boiled off by water, sodomized by broken broomsticks, and their pink triangles were often utilized by the S.S. as target practice. The Nazis also repeatedly utilized gay men for cruel human experimentation.”

Of course, not all human rights violations can trigger everybody’s outrage. But the silence of those who claimed that, while they valued LGBT lives, they needed to defend traditional family values in the name of “protecting children” is deafening. Isn’t this tragedy the perfect opportunity to show their rhetoric is not empty? That they in fact stand against violence and discrimination against LGBT people?

Conservative political leaders who said this month that the recent chemical attack in Syria crossed many lines or who condemned the Cairo church bombing had no words for the victims of the Chechen tragedy. As an example, among the five leading candidates to the French presidency, only the “family values” candidates ignored the allegations during their campaign.

Maybe those people have no tears left this month for these Chechen gay men whose lives and bodies are being shattered for the sole “crime” of experiencing same sex-attraction. But most probably they just do not believe that gay men are equally deserving of human dignity and the rule of law because of their sexual orientation.

What currently happens in Chechnya and the silence of many will come to symbolize the very thin line between the “mom and pop” normalized homophobia and systematic violence against gay men. They are sadly two sides of the same coin.

Fabrice Houdart is a Human Rights Officer at the United Nations High Commission for Human Rights (OHCHR) in New York. Previously, at the World Bank, he was the team leader for various initiatives aiming at estimating the financial impact of discrimination against LGBT people on economies. 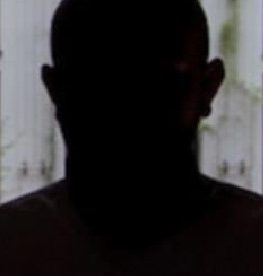 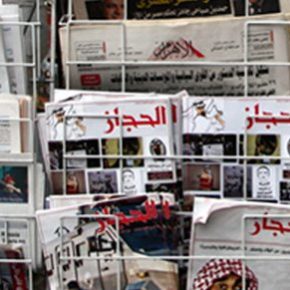