Conservative Christians are upset about this week’s conference in Jamaica that seeks to repair some of the damage done by churches’ past role in helping to impose anti-LGBT laws in dozens of Commonwealth countries.

Church officials scheduled to participate in the Oct. 12-13 Intimate Conviction conference include clergy and laity from the Anglican churches of England, Jamaica and the Cayman Islands, West Africa, Canada, and the United States (the Episcopal Church), as well as from the Seventh Day Adventist, Baptist, Roman Catholic, Evangelical, Metropolitan Community, Mar Thoma and United Churches and the House of Rainbow, New Ways Ministry and Communities of Restoration.

The keynote speaker will be the Rt. Rev. Dr. John Holder, the Anglican archbishop of the West Indies.

All Jamaican churches were invited to the gathering in Kingston, said conference organizer Maurice Tomlinson.

In response to an advertisement for the conference in Jamaica’s Sunday Gleaner, officials of the Seventh Day Adventist and Jamaican Evangelical Alliance (JEA) criticized the event’s goals. Their comments were reported in an Oct. 11 article.

Bishop Alvin Bailey, president of the JEA, said the organization “wishes to dissociate itself from any organisation or persons, local or international, that promote or seek to promote the normalisation of deviant sexual behaviour such as homosexuality and buggery.”

A statement from the Adventist church in Jamaica called out conference speaker Keisha McKenzie, an Adventist who is director of Believe Out Loud, a program at Intersections International, which works to empower Christians to work for LGBTQIA justice.

The Gleaner article stated that “the Seventh-day Adventist Church is advising its members that although one of the speakers at the conference, Dr Keisha McKenzie, may be an Adventist, she does not speak on behalf of the Seventh-day Adventist Church globally or locally, and that any statement or utterance by her concerning the conference’s theme should not be taken as an official statement or position of the church.”

Other clergy defend the conference.

“These [buggery] laws not only serve as a licence for horrendous human-rights abuses and anti-gay attacks, including murder, but also foster the stigma, discrimination and fear of disclosure that contribute to the Caribbean’s staggering HIV rate, second only to sub-Saharan Africa,” stated an Oct.  9 letter to the Gleaner editor from Bishop  Alan Wilson of Buckingham, Church of England, that was co-signed by the Very Rev. Fr. Sean Major-Campbell, host pastor for the conference and rector of Christ Church (Anglican) in Kingston. The letter also stated:

“This conference, Intimate Conviction, is the first of its kind. It provides an opportunity for a range of church positions to be heard, for global experiences to be shared, and to broaden the religious discourse around the repeal of laws affecting LGBTQI people.While there is much still to be done, the Church of England is committed to its stand to defend the human rights of all.”

The conference will be livestreamed at www.aidslaw.ca/intimateconviction. 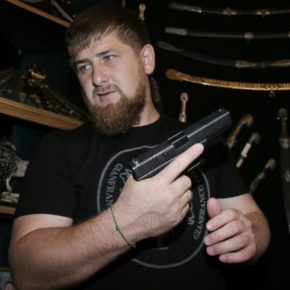 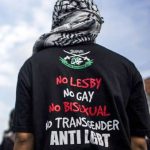