Muslim religious police in northern Nigeria’s Kano State have reportedly arrested 70 youths following accusations that they were planning to organize a gay party.

The suspects, who are all males, were arrested in the Nassarawa area of Kano State by the Kano Hisbah Corps, a police force responsible for enforcing Sharia law. The Hisbah Corps is on high alert in order to maintain order during the multi-day Eid al-Adha festival, which began Sept. 1.

Maigida Katchako, deputy commander of operations for the Kano Hisbah Corps said the suspects were captured after it was discovered that the youths were planning to host a gay party, which is against the doctrines and teachings of Islam, which the Hisbah Corps ia pledged to uphold.

The suspects — all of them minors — will be arraigned before the appropriate law courts in their various jurisdictions, he said.

A source within the area who spoke to the NoStringsNG.com news and advocacy site confirmed the arrest but claimed that the suspects were just 52 in number, a number which has not yet been verified. Other media platforms, including The Herald, reported 70 arrests. 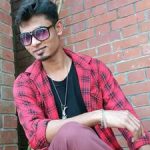