An international outcry has greeted the July 30 arrest of 42 men on homosexuality charges as they partied at an anti-AIDS meeting near Lagos, Nigeria, that offered HIV counseling and testing.

Today, my heart is breaking as I watch from the UK what is happening in Nigeria. 42 of my gay brothers have been arrested. They’re facing up to 14 years in prison under Nigeria’s extreme anti-gay laws.

Their ‘crime’? They were organising an HIV awareness event in a public hotel space.

Unjustified arrests and attacks like this against the LGBT community in my country have been going on for years.

We must let Nigerian authorities know that the world is watching.

Join me in demanding that all charges against these 42 men are dropped.

… A police spokesman told local media on Sunday that about 40 “suspected homosexuals were arrested”, and said they would soon appear in court to face charges. The police and state government for Lagos were not immediately available to comment on the case.

Former Nigerian President Goodluck Jonathan signed a bill in 2014 criminalizing same-sex relationships in Nigeria. It banned gay marriage, same-sex “amorous relationships” and membership of gay rights groups with penalties of up to 14 years in prison.

“These men were trying to save their lives and make their country better by preventing the spread of HIV,” Alimi told the Thomson Reuters Foundation by phone from Britain, having moved from Nigeria after facing death threats for coming out as gay.

Nigeria has the highest HIV rate in West and Central Africa – with around one in 30 or 3.5 million people infected with the virus – according to data from the U.N. AIDS programme (UNAIDS).

Olarinde Famous-Cole, public relations officer for the Lagos State Police, confirmed the arrests, according to the Nigerian newspaper Sunday Punch:

“It is true. About 42 suspected homosexuals were arrested and the hotel has been condoned off  while investigation continues. They are in custody of the Lagos State Task Force and will be charged to court soon.”

The Rustin Times, an LGBTIQ-focused online publication, reported that the events occurred in Owode, Lagos state:

“The police raided the private party following a tip from some of the residents in the area. 70 people were arrested and taken to the police station and 28 were released on bail, leaving 42.

“Further investigations reveal that the party was an opportunity to render HCT (HIV Counselling and Testing) services to members of the community. A source who was at the party also added that there were no illegal activities going on and that the attendees were just out, having a good time.”

Two Nigerian human rights organizations — Access to Health and Rights Development Initiative (AHRDI) and  The Initiative for Equal Rights (TIERs) — are seeking the release of the arrested men.

An online petition urges the the Nigerian Minister of Justice to drop the charges against the 42 men. That petition, organized by the online LGBTI rights advocacy group All Out, is being run in conjunction with AHRDI and the Bisi Alimi Foundation. It had received 13,000 signatures as of Aug. 2.

It is so heartbreaking that LGBT persons have continued to remain targets and exposed to attacks at all times.

It is also so frustrating that members of the LGBT community will have to constantly watch their backs for fear of getting harassed, arrested, brutally beaten or even killed for being who they are. 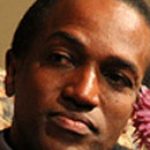