Caleb Orozco, the activist in Belize who successfully challenged and overturned his country’s anti-gay law, has been selected as the 2017 winner of the David Kato Vision and Voice Award.

In memory of murdered Ugandan LGBT activist David Kato, the award is presented annually to an exemplary LGBT rights activist.

The award is presented at the annual fundraiser for the LGBT rights advocacy group Kaleidoscope Trust, scheduled for Jan. 26, 2017, in London.

Pink News, which is a media partner for the event, reported:

After a battle spanning several years, the colonial-era law was finally struck down earlier this year, after a ruling from Belize’s Supreme Court.

Mr Orozco said: “The award is not about me, but about the aspirations of my community and the sacrifices and support they have shown in overcoming bigotry and taking on our opponents.

“I am hopeful awareness of the award will inspire more of my community to be publicly visible and to be proud about who they are. We hope we can inspire other LGBT activists that change is possible especially in a difficult political environment.

John Fingleton, Chair of the Board of Trustees at the Kaleidoscope Trust, commented: “Despite great personal hardship and threats to his safety, Caleb has never faltered. He has remained courageous, strong, out and proud throughout his battle for justice and equality.”

“Hosting the David Kato Voice and Vision Award Secretariat is one of the concrete ways in which the Kaleidoscope Trust can recognise and support LGBT activists around the world, many of whom are campaigning at great personal risk.”

The Supreme Court case, which established a precedent that may help activists fighting sodomy laws in other countries, had the support of the University of the West Indies Rights Advocacy Project, the International Commission of Jurists, the Commonwealth Lawyers’ Association and the Human Dignity Trust.

Though the government accepted the majority of the ruling, an alliance of religious groups has filed an appeal against the judgment.

Related articles about David Kato and the Kato Award:

Earlier winners of the Kato Award were: 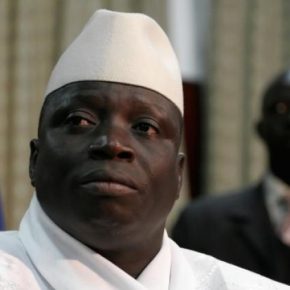